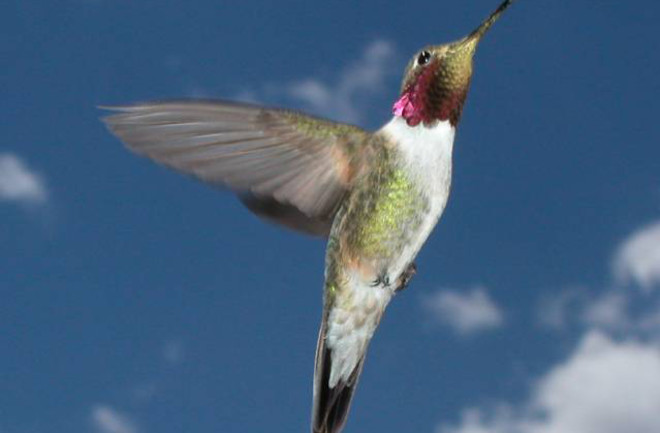 A male looking to catch a lady hummingbird’s eye will climb up to 100 feet before dropping into a high-speed, U-shaped dive in front of her, then repeating the process in the opposite direction. As he nears the object of his affection, the male uses his tail feathers to create a distinct buzzing sound before the final pièce de résistance: a flash of iridescence from his ruby red neck, appearing to change color as he rockets past.

This acrobatic explosion all happens in the blink of an eye, around 300-milliseconds.