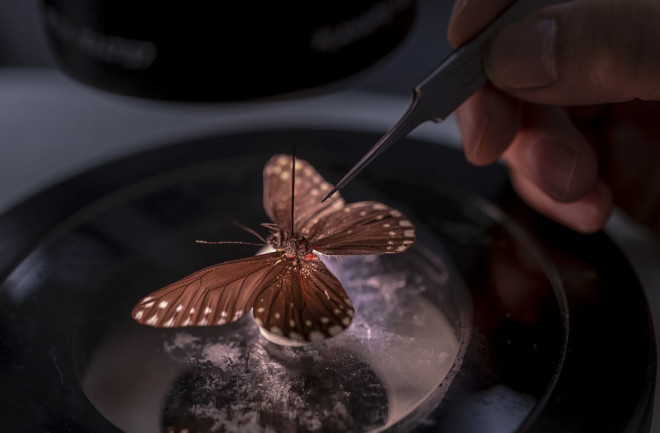 This newly identified rare black butterfly has been named after the pioneering 17th century female entomologist, Maria Sibylla Merian. An extraordinary woman, this naturalist and scientific illustrator once sold 255 paintings to fund an expedition across the Atlantic to document the flora and fauna of Dutch Suriname, collected in a book in 1705.

The Central American butterfly honored with her name is dubbed Catasticta sibyllae. Exceedingly rare, only two specimens have been uncovered: one was found in Panama this past May, the other sat in storage for decades at the Smithsonian National Museum of Natural History. The new butterfly belongs to family Pieridae, a large and colorful group. With its dramatic black coloring, tiny flare of red and simple pattern of white dots, C. sibyllae is an outlier, unlike any pierid species found to date. Adding to its uniqueness, the two male specimens were alone when they were found, unusual for butterflies of their genus, which generally congregate in groups. A full description of this lovely loner has been published in the journal Zootaxa. Find more great science imagery on our Instagram page.