SNAPSHOT: Elephants Count Similar to How Humans Do, Study Shows 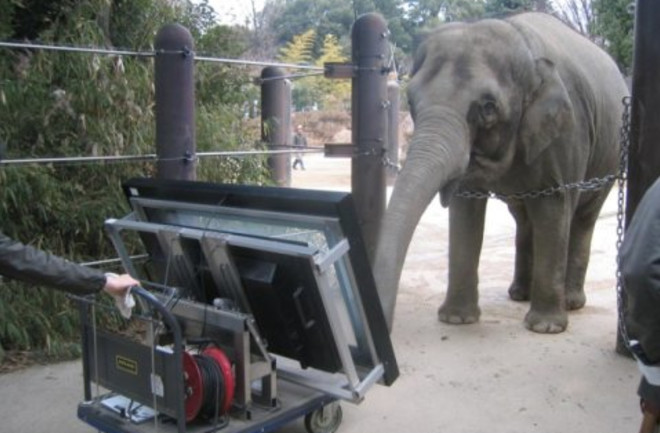 Authai using the touch screen to demonstrate her counting abilities. (Credit: Ethological Society and Springer Japan KK, part of Springer Nature 2018) Asian elephants seem to know their numbers, according to a study published in the Journal of Ethology. Lead author Naoko Irie and colleagues at SOKENDAI (The Graduate University for Advanced Studies and the Japan Society for the Promotion of Science) trained a 14-year old elephant named Authai to use a touch panel in order to test her mathematical abilities. Presented with elephant-friendly images like bananas, apples and watermelons, Authai’s job was to touch the picture containing more items with the tip of her trunk. The fruits were presented at different sizes, to ensure choices were made based purely on number of items and not the total area covered. Authai was rewarded every time she chose correctly, which she did 181 out of 271 times, for a success rate of 66.8%. When the distances between objects was smaller or the ratio between the numbers of two different objects was greater, Authai took a significantly longer time studying the screen before making her choice. It's something that humans have trouble with too, she says. “We found that her performance was unaffected by distance, magnitude, or the ratios of the presented numerosities, but consistent with observations of human counting, she required a longer time to respond to comparisons with smaller distances,” explained Irie in a press release. “This study provides the first experimental evidence that nonhuman animals have cognitive characteristics partially identical to human counting.”