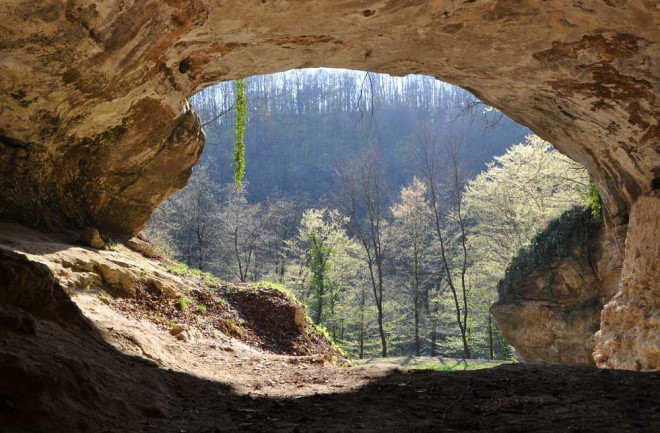 Caves in Europe and Russia housed the soil that researchers used to find genetic traces to our ancient ancestors. | Johannes Krause

Scientists have found ancient human DNA in caves, no bones or teeth required. Instead, an international team located genetic traces of Neanderthals and Denisovans — both distant hominin cousins of ours who died off about 40,000 years ago — just from dirt. Researchers have been able to identify animal and plant DNA from soil samples since 2003, but this is the first time they’ve extracted hominin DNA.

It was no easy feat. The group scooped soil samples from seven European and Russian caves known to have housed prehistoric peoples. Using the latest DNA filtering techniques, researchers sifted through trillions of genetic fragments from plants, other mammals and modern humans to pinpoint the ancient hominin sequences. While they found Neanderthal genetic traces at several of the sites, Denisovan DNA turned up only in a Siberian cave.

Viviane Slon, a co-author of the work, prepares a soil sample for DNA extraction. | Group of Paleoanthropology MNCN-CSIC

The work, published in Science in April, opens up new possibilities for researchers, says Viviane Slon, a geneticist at the Max Planck Institute for Evolutionary Anthropology in Leipzig, Germany, and a co-author of the study. Now, she says, they could unearth evidence of prehistoric occupation at sites where no human fossils or tools have been found, expanding our knowledge of hominin history.