Sex runs hot and cold – why does temperature control the gender of Jacky dragons? 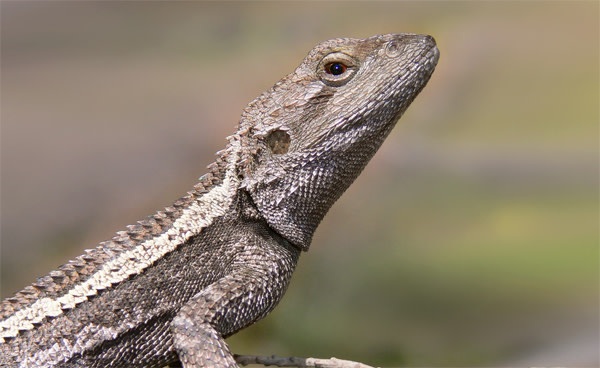 , females are both hot and cool, while males are merely luke-warm. For this small Australian lizard, sex is a question of temperature. If its eggs are incubated at low temperatures (23-26ºC) or high ones (30-33ºC), they all hatch as females; anywhere in the middle, and both sexes are born. This strategy – known as ‘temperature-dependent sex determination (TSD)

– seems unusual to us, with our neat gender-assigning X and Y chromosomes, but it’s a fairly common one for reptiles. Crocodiles are all-male at high temperatures and all-female at low ones, while turtles flip the rules around and produce more males in cooler climes. Assigning gender based on temperature is not uncommon but it is nonetheless puzzling. Gender seems like an incredibly fundamental physical trait to leave to something as variable as the temperature of your surroundings. How has such a system evolved? What possible benefits could a species receive by switching control of from chromosomes to the environment? Now, a thirty-year old explanation for this puzzling system has finally been confirmed. The most widely accepted hypothesis was put forward by Eric Charnov and James Bull

over thirty years ago. They suggested that TSD occurs when the temperature of the environment affects the success of males and females strongly but differently. Parents can then use local temperatures as a sort of crystal ball, producing more males in conditions that are suited to males, and more females in conditions where they have the edge. The idea is sound, but testing it has been remarkably difficult. The ideal experiment would involve hatching both males and females at the entire range of incubation temperatures and comparing their success over the course of their lives. Obviously, the very nature of TSD rules out that approach; how do you hatch males at low temperatures if those same conditions, by definition, beget females? If that weren’t enough, most species that use TSD are large and long-lived. Imagine following a turtle for its entire 60 year lifespan and you begin to see the problem. All that changed this decade when TSD was found in the small and short-lived Jacky dragon (Amphibolorus muricatus). With a lifespan of 3-4 years, here was an animal that could be reasonably studied in experimental conditions. With one problem down, Daniel Warner

from the University of Sydney solved the other by using hormonal treatments to sunder the link between temperature and sex. Temperature may decide gender but it does so through hormones. The key event is the conversion of testosterone to oestradiol (a relation of oestrogen) by an enzyme called aromatase

. This happens at low temperatures and tells developing dragons to become females. Warner and Shine overrode this process with a chemical that blocks aromatase. With the enzyme disabled, the duo managed to hatch male babies at temperatures that are exclusively female. The hormonally nudged Jackies were physically similar to their male siblings who developed in the normal way; that was essential if they were going to be compared fairly. The duo raised the babies in enclosures that mimicked their natural environments, and waited. After three consecutive breeding seasons, Warner and Shine found (as predicted) that males sired more offspring on average if they were hatched at an intermediate 27ºC, a normal temperature for them in natural conditions. Males hatched at temperatures that are usually the province of females produced almost three times fewer young. The reverse was true for females; they enjoyed greater reproductive triumphs if they were hatched at a cooler 23ºC or a warmer 33ºC. Although these results don’t explain why males and females should fare better at different incubation temperatures, they do fully vindicate the Charnov-Bull model. Exactly as predicted, male Jacky dragons produce more young if they hatch at temperatures that usually produce males, and likewise for females. Such careful fine-tuning has done the lizards well over the course of evolution but it may put them in danger as the globe continues to warm. Like crocodiles, turtles and other reptiles that use TSD, the Jacky dragon may become a casualty of climate change, as rising temperatures lead to an all-female population and no way of producing a new generation. Reference: Warner, D.A., Shine, R. (2008). The adaptive significance of temperature-dependent sex determination in a reptile.