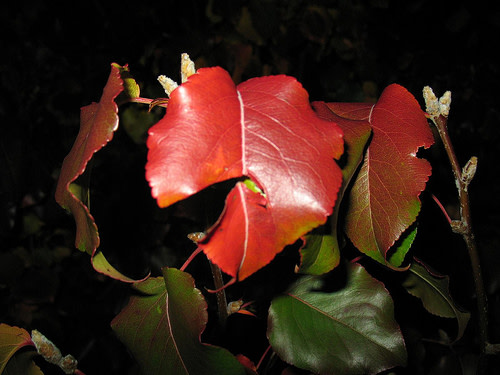 In an act of transformation worthy of any magician, scientists have converted scar tissue in the hearts of living mice into beating heart cells. If the same trick works in humans (and we’re still several years away from a trial), it could lead us to a long-sought prize of medicine – a way to mend a broken heart. Our hearts are made of several different types of cell. These include muscle cells called cardiomyocytes, which contract together to give hearts their beats, and connective cells called cardiac fibroblasts, which provide support. The fibroblasts make up half of a heart, but they become even more common after a heart attack. If hearts are injured, they replace lost cardiomyocytes with scar tissue, consisting of fibroblasts. In the short-term, this provides support for damaged tissue. In the long-term, it weakens the heart and increases the risk of even further problems. Hearts can’t reverse this scarring. Despite their vital nature, they are terrible at healing themselves. But Deepak Srivastava from the Gladstone Institute of Cardiovascular Disease can persuade them to do so with the right chemical cocktail. In 2010, he showed that just three genes – Gata4, Mef2c and Tbx5 (or GMT)– could transform fibroblasts into new cardiomyocytes. This only worked in cells growing in a laboratory dish, but it was a start. Srivastava’s team have now taken the next step. By injecting living mice with GMT, they turned some of the rodents’ fibroblasts into cardiomyocytes. Since hearts are already loaded with fibroblasts, Srivastava’s technique simply conscripts them into muscle duty. Best of all, the technique worked even better in the animals than in isolated cells. No transplants. No surgeries. No stem cells. Just add three genes, and watch sick hearts turn into healthier ones. “This is a permanent fix,” says Benoit Bruneau, a heart specialist who works at the same institute but was not involved in this study. “The net result is a much smaller scar and restored cardiac function. Honestly, I would have thought a few years ago that this was science fiction.” The new work was carried out by Li Qian, a postdoc in Srivastava’s team. She used viruses to smuggle GMT into mouse hearts. The viruses home in on cells that are actively dividing, so they shun cardiomyocytes in favour of fibroblasts. Once there, they delivered their genetic payload, and the infected fibroblasts transformed into heart muscle. Qian proved this by working with a special strain of mice, where any cell that switched on a fibroblast-specific gene would give off a red glow. After delivering the GMT-loaded viruses, Qian found that many cardiomyocytes glowed red. They looked like heart muscle. They formed bundles like hear t muscle. They switched on the same genes that heart muscle does. But they had clearly once been fibroblasts. The viruses were just as efficient at reprogramming cells in a mouse as cells in a dish. In both cases, they converted around 10 to 15 per cent of the fibroblasts they infected. But the transformation was more complete in the animals, and the newly anointed muscle cells were a closer match for the real thing. They stuck to one another and to existing cardiomyocytes, and they beat in unison. Best of all, the team found that the GMT trinity could heal mice that had recently suffered a heart attack. A couple of months after the injections, their hearts had started to recover. They pumped more blood and the amount of scar tissue had halved. Other teams have tried to create cardiomyocytes in a dish, either directly from stem cells or by first reprogramming fibroblasts back into a stem-like state. The muscle cells could then be transplanted back into a scarred heart. This hasn’t worked very well. “The injected cells don't help, die off, or don't contract synchronously,” explains Bruneau. “This new paper circumvents all these issues.” And Srivastava adds, “The reprogrammed cells never go through a stem cell state, so the potential concerns of tumor formation with stem cells will be much lower. The critical step is creating the new muscle cells within the natural environment of the heart. As they develop, they get chemical signals from other cells, and mechanical forces from contracting neighbours and flowing blood. These inputs are missing from plastic dishes, but they’re part of what makes a heart a heart. They could mean the difference between getting a useless pile of cardiomyocytes and a piece of useful beating heart. Srivastava is now testing the approach in pigs, whose hearts are similar to ours in size and physiology. Those trials will take around 1.5 years, and Srivastava particularly wants to see if the technique is effective and safe. “We will be looking closely for the presence of rhythm disorders, although we have not seen that in mice,” he says. If all goes well, he will begin planning for a human clinical trial. Bruneau says, “If this works in larger hearts, this could be the approach that helps regenerate human heart tissue after a heart attack.” Reference: Qian, Huang, Spencer, Foley, Vedantham, Liu, Conway, Fu & Srivastava. 2012. In vivo reprogramming of murine cardiac fibroblasts into induced cardiomyocytes. Nature http://dx.doi.org/10.1038/nature11044Image by 20after4More on hearts: