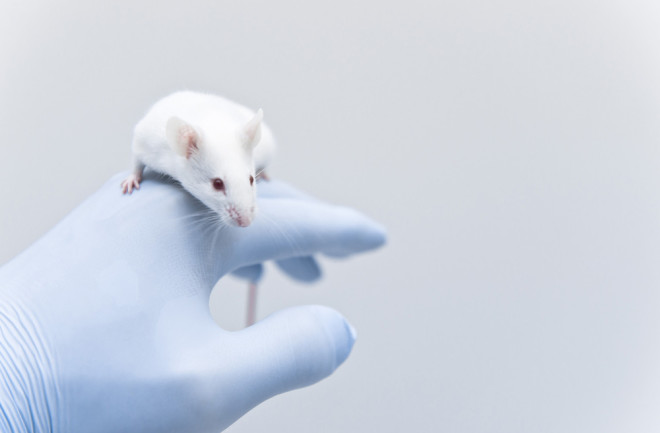 (Credit: unoL/shutterstock) It’s easy to stereotype mice: They really can all look alike. In fact, even armed with genetic knowledge about their DNA, it can be hard for biologists to tell apart different species. They’re just so similar. Well, not every bit of them is. A group at biologists recently found a new way to tell apart their murine specimens — by looking at mouse sperm. Their findings appear in the Journal of Mammalogy, and could mean not just improved games of Guess Who in the lab, but also shed light on species diversity in general, and better help researchers protect the various species they discover from extinction.

The finding may seem silly, but it actually helps solve a major issue in ecology labs. “The accurate identification of rodent species is problematic: dental, cranial, and external morphology cannot always resolve cryptic yet genetically distinct species,” the authors write. And that’s especially important when studying diseases — different species carry different bugs, so it’s important to be able to tell them apart. So, the researchers turned to a relatively unexamined anatomical feature to see just how much it differed among species: mouse sperm. They tapped 58 South American rodent specimens and harvested more than 50 individual sperm cells from their testes, collected and presented on microscope slides to highlight structural differences. After digitizing the physical appearance of each spermatozoa, the authors analyzed the length, structure, shape and other physical characteristics of each. Now, this may seem a difficult undertaking. Wouldn’t these mouse sperm cells all look basically the same — roughly tadpole-shaped — making the hunt for physical differences difficult? Apparently not! The mouse sperm cells actually differed wildly in appearance. Some had smooth, round heads, while others had a kind of hooked head. Some were rounder and some were more polygonal. Some had the tails attached centrally, and some had were connected at the side. And the heads and tails could also vary significantly in size, with the sperm cells’ mid-section seeing the most variation. Haha, more like spermata-zoo-a!

Ultimately, with all this variety, the authors realized they could use mouse sperm to tell apart what kind of rodent they were looking at: “Sperm morphology can be used as a diagnostic character that clearly discriminates between species.” And, interestingly, the most similar looking mouse sperm cells didn’t always belong to the most similar looking mice. That doesn’t mean that researchers now have a fool-proof identification system — some species within an individual genus do still have similar enough sperm to make it tough to tell them apart. But biologists now have another tool in their arsenal of physical features (in addition to tail length or skull shape, for example), which means they have much better odds of identifying an individual’s species. Plus, the idea of studying mouse sperm as a distinguishing characteristic could open the way for future studies to go even further in depth, and apply the same analysis to even more species. The more ways we have to learn about the natural world, the better — especially as more and more of it starts to disappear.