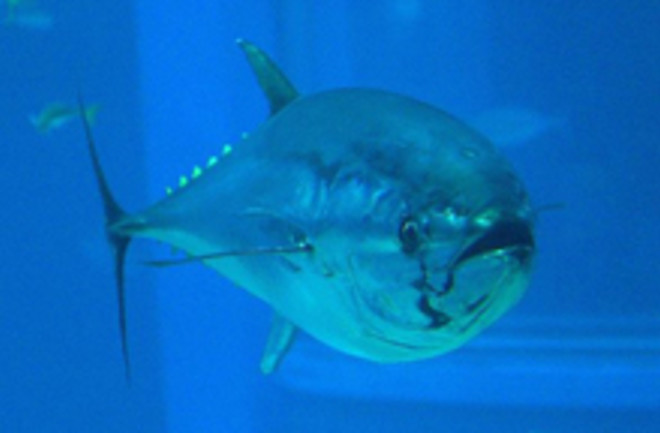 Atlantic bluefin tuna populations have declined so drastically that trade in the fish should be completely outlawed, says a new report. The population of the Atlantic tuna, a sushi staple, is now about 15 percent of the original stock size, says International Commission for the Conservation of Atlantic Tunas' (ICCAT). The report has delighted conservation groups, who have criticized ICCAT's regulation policies. The report was

triggered by Monaco's recent proposal to ban international trade in the Atlantic bluefin under the Convention on International Trade in Endangered Species (CITES) - a proposal that has gathered support from several other European countries [BBC News].

ICCAT has a history of setting quotas higher for the fish than scientists say is safe, while CITES seems to take a more proactive approach.

Atlantic bluefin tuna are mainly caught from countries around the Mediterranean Sea, but most of the meat is consumed in Asia, particularly Japan. Japan has previously argued that commercial fish species should be controlled by bodies like ICCAT rather than CITES [BBC News].

In Japan, the fish are so highly prized that a single giant tuna can sell for more than $100,000 at the wholesale fish market. ICCAT will meet in 10 days to discuss the report. Related Content: 80beats: Human Appetite for Sharks Pushes Many Toward Extinction 80beats: Are Fish Farms the Answer to World Hunger or a Blight on the Oceans? 80beats: Documentary on Endangered Bluefin Tuna Reels in Sushi Joints & Celebrities