Scientists and tourists bring thousands of alien seeds into Antarctica 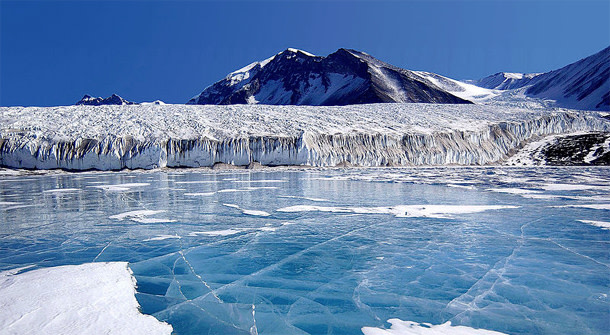 Aliens are invading Antarctica. Thanks largely to scientists, they have already established a foothold on the frozen continent, and their numbers are set to increase. This might sound like the plot of John Carpenter’s classic film The Thing, but it is very real. The aliens in question are not body-snatching monsters, but plants from other parts of the world. Steven Chown from Stellenbosch University found that in just one summer, visitors unwittingly imported around 70,000 seeds to Antarctica. And even though the continent has a reputation for being harsh and desolate, many of these immigrants have already founded populations in their new homes. This is a new chapter in an old story. Wherever humans go, seeds hitch a lift on our clothes and belongings. If these foreigners germinate where they don’t belong, they can often out-compete native plants and uproot local ecosystems. From Japanese knotweed to kudzu vines, these invasive species cause problems throughout the world. Inhospitable though Antarctica is, it’s not immune to such invasions. It does, however, present a valuable opportunity to study them. In most cases, we can only see the results of plant invasions when it’s too late. We know that many species are brought into new places accidentally, but it’s hard to quantify how often this happens. You can hardly stop everyone entering a country and count the number of seeds that they’re carrying. Except when you can. Travel to Antarctica is so limited that Chown managed to stop 2 per cent of all the visitors in a single summer and count the number of seeds on their persons and belongings. Around 850 people – scientists, tourists, support personnel, and ships’ crew – submitted their clothes, equipment, shoes and bags for inspection. Chown’s team ran a vacuum cleaner over everything and sorted through the accumulated fluff by eye. Extrapolating their sample to the total number of Antarctic visitors, they estimated that 70,000 seeds are brought into the continent each year. They also found, perhaps surprisingly, that scientists were a bigger problem than the tourists. Even though they should be most aware of the problem of invasive species, around 7,000 of them brought in around 39,000 seeds. By comparison, 33,000 tourists imported just 32,000 seeds. “Scientists tend to have gear they use more than once and tend also to visit many natural sites,” Chown explains. “Often tourists are issued with new outer gear for a visit or make only a single visit to Antarctica and have special gear for the trip.” The team managed to identify most of the seeds that they found. The list included many familiar faces, including species that have invaded other cold areas like the Arctic and the islands around Antarctica. You might think that foreign plants would have a tough time surviving in such frozen wastes, but that’s not the case. Chown found half of the visitors he surveyed had previously travelled to cold parts of the world, including other high mountains and other polar regions. And at least half of the seeds they brought in came from those environments. They were already primed for their new home. By mapping the entry points for seeds, and matching these to the local climate, Chown produced a map of Antarctica that shows where invaders are most likely to gain a foothold. The Western Antarctic Peninsula – the continent’s sinuous tail – is the area of greatest risk. There have been signs of these problems for years. For example, annual bluegrass, an important invasive species, has already spread from outlying islands to several stations in the western peninsula. But Chown’s study is the first comprehensive assessment of the risk that Antarctica faces from invasive plants. Antarctica is harsh and cold, yes, but also relatively pristine. It has its own collection of flora and fauna that have adapted to life in this toughest of environments. They could be displaced by invaders, especially since more and more people are visiting, and parts of the continent are losing their ice in the face of climate change. Fortunately, Chown thinks that there are simple ways of holding back future invasions. “Take gear that’s new,” he advises, “and if this is not possible, then clean gear thoroughly. Vacuum clean the pockets, check Velcro very closely and remove seeds. Remove inner linings from camera bags and clean everything out. Wash walking poles, tripods and boots - easy and very effective. Cargo in pallets is harder, but a good hot wash does wonders.” Reference: Chown, Huiskes, Gremmen, Lee, Teraud, Crosbie, Frenot, Hughes, Imura, Kiefer, Lebouvier, Raymond, Tsujimoto, Ware, Vijver & Bergstrom. 2011. Continent-wide risk assessment for the establishment of nonindigenous species in Antarctica. PNAS http://dx.doi.org/10.1073/pnas.1119787109 Image by Joe Mastroianni, National Science FoundationMore on Antarctica