Scientist Smackdown: Are Bone Scratches Evidence of Tool Use by Human Ancestors? 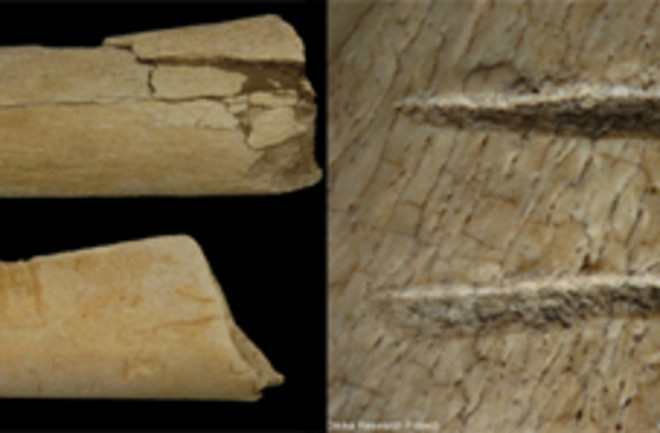 Back in August, a study in Nature attempted to push back the date of human ancestors' first known tool use by 800,000 years—from 2.6 million years ago to 3.4 million years ago. The evidence was a set of scratches on animal bones, which—according to the scientists behind the study—show evidence that the hominid species Australopithecus afarensis used cutting tools. Not so fast, some anthropologists say. At the time of the Nature paper, researchers including the scientists behind the 2.6-million-year-old find said the newly found markings could have been caused by other means, including trampling by other animals. Now, in a study (in press) for today's edition of the Proceedings of the National Academy of Sciences, a team of anthropologists makes a full case that the 3.4-million-year-old scratches are not evidence of tool use. From DISCOVER blogger Ed Yong:

They argue that similar cuts can be produced when bones are gnawed by animals, trampled into rough ground, or even eroded by plants and fungi. Their conclusion: the marks on the Dikika bones were probably created by trampling and their age is uncertain. To them, the best evidence for butchery by human ancestors comes from stone tools recovered in Gona, Ethiopia, which are just 2.6 million years old.