ScienceOnline 2010 redux - in which I'm interviewed by Bora 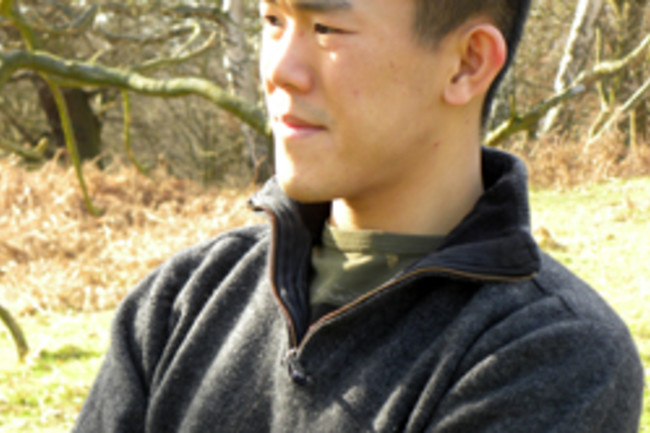 science blogs by the participants at the Conference?

I probably started writing a science blog before I started reading them. I devote most of my free time to writing and I get far too little time to read what everyone else is doing than I would like. I use Twitter to find stuff that interests me and there are only a few blogs that I follow religiously. To be honest, I’m far more interested in individuals as writers rather than in blogs as entities. Given that there’s so much cross-pollination between blogs, mainstream media and other formats, it makes little sense to me to focus on blogs just because I write one. I love good science writing, regardless of the format. And one of the interesting things about social media is that a person’s entire (I shudder to say it) brand affects how I view them – it’s about writing skill, but also whether they’re fun to chat to, whether they voice interesting opinions and whether they point towards interesting stuff. In terms of people I rate, a list of science writojournobloggocommunicators would have to include Carl Zimmer, Vaughan Bell, Brian Switek, SciCurious, Jonah Lehrer, Brandon Keim, Alexis Madrigal, Matthew Herper, Mark Henderson, Ivan Oransky, Rebecca Skloot, David Dobbs, John Timmer, Adam Rutherford, Sheril Kirshenbaum, Brendan Maher, Christie Wilcox, Daniel Cressey, Jennifer Ouellette, Frank Swain, Simon Frantz, Martin Robbins, PalMD, Daniel Macarthur, etc. I’m also loving the opportunity to chat to loads of great up-and-coming science journalists on Twitter, like Ferris Jabr, Christine Ottery, Colin Schultz, Mike Orcutt, you obviously,... Look, I’m just scratching the surface here and I’m sure I’ve missed out people who I’ll feel awful about later. Have a look at my blogroll or the people I follow on Twitter. I do those for a reason. What was the best aspect of ScienceOnline2010 for you? Any suggestions for next year? Is there anything that happened at this Conference - a session, something someone said or did or wrote - that will change the way you think about science communication, or something that you will take with you to your job, blog-reading and blog-writing? The social side of the conference was unquestionably the best aspect for me. There is something fascinating and unique about meeting old friends for the first time. I’ve known people like SciCurious, Brian Switek and others for years. They’ve done favours for me and I for them and after all this history builds up, you finally get to see someone’s face and give them a hug – it’s bizarre, but a little part of me wonders how people ever met other people in a different way. It’s a dream scenario for an introvert. There is also something quite remarkable about seeing all these people, who know each other through online social networks, cementing their relationships in flesh and blood. It simultaneously shows that social media can be a glorious conduit for meeting people, but it can’t substitute for a good, old-fashioned handshake. As to the conference itself, without being too self-promotional, I was very pleased with the session that I ran with Carl, David and John. I absolutely loved the entertainment session with Tamara Krinsky and Jennifer Ouellette and the pitching session with Rebecca Skloot, Clifton Wiens, David Dobbs and Ivan Oransky, a session I wish I’d come to several years ago. In general, I was inspired by how humble and down-to-earth everyone I met was. To some extent, this was probably confirmation bias but none of the journalists or scientists I spoke to had any airs, regardless of their experience or existing kudos. From experience, this is an outlier as far as such meetings go, but one I’m grateful for. The thing that inspired me most in terms of my career was seeing how many people are immersed in a multitude of different roles and activities. They blog, write for mainstream media, make podcasts, shoot videos, teach... the list goes on. It’s an intriguing model and one that I will be paying close attention to. And the conference was largely about the opportunity for inspiring myself too. Agreeing to chair a panel gave me a chance to think hard about science journalism, its future and my place in it. It led to a couple of op/eds on my blog and a chance to test and develop my views on the field. More practically, it made me start thinking more carefully about interviewing other sources for the posts I write, and it led to the new Not Exactly Pocket Science feature on the blog. It has galvanised me into trying to make NERS the best possible home of science journalism that it can be. As to next year, I think everyone should agree beforehand that if anyone gets ill, they immediately give their snotty tissues to Jonathan Eisen for phylogenetic comparison. That way, we can easily establish who Patient Zero was and we can dispel the scandalous rumours that it was me. Also given the number of sessions she ran this year, you might consider renaming the conference to SklootOnline 2011.

And thus concludes the interview. For more from other conference participants, have a look at Bora’s blog.