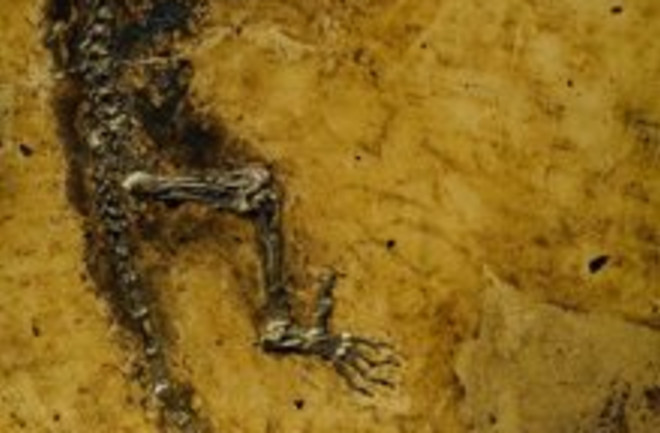 Sometimes big movie production companies decide that they'd be better off not showing a movie in advance to the critics. They know that the reviews would probably do more harm than good. Looking back on the the Darwinius affair, I'm starting to wonder if the unveiling of this fossil was stage-managed in the same way. I only started looking into the story after observing all the bizarre publicity around it. And as I've probed this strange media event, I've gotten some interesting information from reporters who were on the Darwinius beat. It makes for a disturbing timeline: May 10: The Daily Mailgets wind of the fossil and the show that will be broadcast about it. Ann Gibbons, a Science correspondent, wants to get her hands on the paper. "I struggled in vain all last week to get a copy of the article," she emailed me this morning. PLOS will not give her the paper, which will not be published until May 19, the same day as a major press conference on the fossil. May 15: The Wall Street Journalgets a fairly long interview with one of the co-authors of the Darwinius paper (who apparently thought the conversation was off the record) May 16: Gibbons, having failed to get the paper from PLOS, convinces the producers of the the documentary on Darwinius, Atlantic Productions, to give it to her. In order to get it, she signs a non-disclosure form agreeing not to show it to anyone until 10:30 am on May 19, the day of the press conference. But she does not get the paper until Monday. May 18: Gibbons finally gets the paper Monday afternoon, the day before the press conference. But she cannot show it to any experts due to her non-disclosure agreement. May 19: At 10:40 am, I (and many other reporters) get a press release from PLOS about Darwinius. The press release has a link that lets us download the paper, and there is no embargo on it. In other words, we can start writing about it right away. But the email arrives right before the press conference at the American Museum of Natural History where Darwinius is unveiled to a swarm of reporters. The web is almost immediately flooded with reports on Darwinius, based only on the press conference. As the day progresses, I am puzzled by the lack of outside commentary in articles on Darwinius. The articles I encounter only have quotes from the co-authors of the paper saying how important it is, and television producers telling us how this is going to change everything. (On a related note, the sky is still blue today.) Not realizing the kind of constraints reporters like Gibbons were under, I decide to get in touch with experts myself and see what they think. Short answer: cool fossil, not a "missing link," and a paper with some shortcomings. In the comments section of my own post, AP science reporter Malcolm Ritter had this to say today:

As the reporter who covered this story for The Associated Press, I’d like to point out two things: 1. Major journals generally make upcoming papers available to reporters a few days ahead of publication so we can get independent comment for our stories. But PLoS ONE withheld the Darwinius paper until 10 minutes after the Hurum press conference began (judging by the time stamp on the PLoS email to me). So reporters had nothing to show outside experts to solicit some perspective before Hurum et al. started talking. 2. Carl, you said you never found a news story that had comments from independent experts. I’m not sure when you checked, but my story quoting both Beard and Fleagle went out at 4:40 p.m. (It replaced a preliminary version that I’d written off the press conference. I’d contacted both men beforehand an arranged to speak after we’d all seen the paper).

Indeed, by the time Malcolm updated his article, I had given up hope of finding comments from indepentent experts and was doing my own blogging. I apologize for implicitly kicking dirt on the work of Ritter and other diligent journalists. So, to recap: it appears that both PLOS and Atlantic Productions did not give journalists any time to consult with outside experts before launching a major press conference with a huge blitz of media attention. In other words, science writers who were trying to do their job well and responsibly were actively hindered. Those who declared ridiculous things, such as claiming that human origins were now solved once and for all, were not. I have a hard time even imagining how this behavior could be justified. I've sent emails to the contacts listed in the PLOS press release on Darwinius both at PLOS and Atlantic Productions to ask why they took this course of action. I've yet to get a response. Update #1: This article in the Australian was brought to my attention after I published this post, with quite a quote from co-author Phil Gingerich: "There was a TV company involved and time pressure. We've been pushed to finish the study. It's not how I like to do science." Update #2: Peter Binfield from PLOS has responded:

I am the Managing Editor of PLoS ONE. This paper was originally submitted to us on March 19th 2009 and underwent appropriate scrutiny by an Academic Editor (named on the published article) and three expert peer reviewers. Peer review comments were returned to the authors who revised their paper accordingly and the paper was ultimately accepted on May 12th 2009. These dates are available on the paper itself.Once the paper was accepted we made a strenuous effort to publish the article in time for the Press Conference which was happening on May 19th - only a week later. We were not involved in the Press Conference, but felt it was clearly in the public interest to have the article publicly available in time for that conference. Our production team managed to get the article published more than two weeks quicker than normal, so that it would be ready for the 19th. However, it was only on the afternoon of the 18th May that we knew the paper would definitely be available in time and until that point, no final copy of the paper was available.We do regularly help PLoS ONE authors with the distribution of press releases under an embargo, as do many other journals, but when we do this we only ever issue that information on a date that is acceptable to the authors. The authors of this paper requested that we did not issue a press release, or reveal any other information about this paper, until 10.30 EST on the 19th May (the time of the press conference). We respected their wishes, and at the time of publication also issued our own press release about this article. We are delighted to have published this work, which has clearly captured the imagination and attention of researchers, the media and the public. The paper has been discussed, scrutinized, praised and criticized, and is a terrific example of why open access to research is so beneficial.

I'm curious what scientists, journal editors, reporters, and other readers think of Binfield's response. Other prominent journals don't leave these matters up to the scientists (or their television producer pals). They inform the scientists of which issue a paper is scheduled for, and they put the paper on a press list a few days earlier. Now, I know that PLoS ONE is unusual in a lot of ways. For one thing, they don't reject papers for not being of sufficient importance. They state, "Judgments about the importance of any particular paper are then made after publication by the readership (who are the most qualified to determine what is of interest to them)." But does that mean they should also go along with an embargo from their authors that hinders good reporting on the papers? In any case, I have yet to hear from the television producers. Given PLoS One's response, I'm more curious than ever to hear from them. Update #3 (Friday morning): Still no word from Atlantic Productions. But, as a consolation prize, here's quite a tale from journalist Mark Henderson of the Times of London (Note: Atlantic Productions is based in Britain):

...the PLoS paper WAS made available under embargo to the press — but only to selected individuals and under very unusual restrictions. I was invited to read it by Atlantic Productions on Tuesday morning (I’m Science Editor of The Times in London), but I had to go to their offices to read it and wasn’t allowed to take a copy away. I also had to sign a non-disclosure agreement, which meant I wasn’t able to approach anyone else for comment until the embargo lifted. The Guardian also had advance access (they got to see more in advance than we did, and earlier). So — obviously because they bought the film rights — did the BBC. But other UK papers (Independent, Telegraph etc) got nothing. This is a very weird (and in my experience unprecedented) way to manage the release of published science.

Update #4: Ann Gibbons sent in this point of clarification as a comment, but for some reason comments have stopped being posted. (I'm on it...)

In response to Hank Campbell, no. 6, PLOS and Atlantic didn't withhold the paper from me as a backlash to AAAS, which publishes Science. They withheld it from all reporters, and in fact, Atlantic Productions did me a small favor--they called me at home on Saturday night, 5/16 to respond to my request for the paper and after signing a non-disclosure agreement, I was given a copy the evening before the embargo lifted, which helped me a bit. In the meantime, like Carl, I called the authors and other leading paleontologists to find out what they knew. But I was prevented by the embargo from printing details that I gleaned about the paper, and no self-respecting researcher will comment about a paper without reading it. We wrote two blogs about the hype last week, but could not post a story with independent scientists' reactions until Tuesday afternoon and the 29 May issue of Science (see: http://sciencenow.sciencemag.org/cgi/content/full/2009/519/1)