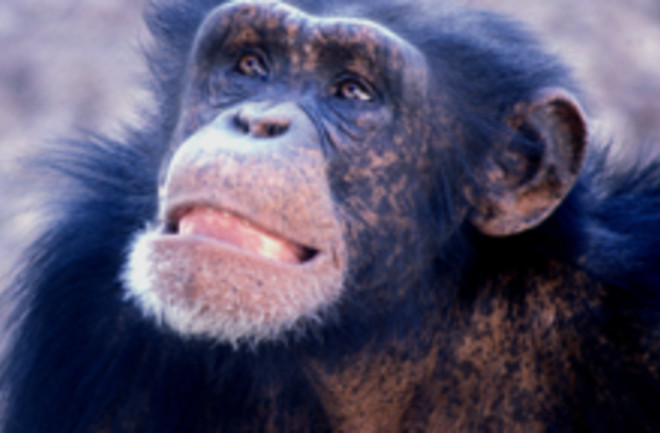 The scientists expected the two sequences to look very similar. However, while human and chimp DNA generally differ by less than 2 per cent, more than 30 per cent of the Y chromosome differed between the two species [The Times]

. The prevailing theories, according to the study's introduction, have held "that Y chromosomes evolve by gene loss, the pace of which slows over time, eventually leading to a paucity of genes, and stasis." Originally, the Y had the same set of genes as the X, biologists believe. But the two can't trade DNA; so as the Y shed most of its X-related genes, researchers thought it lacked a way to get fresh genes and was therefore on the road to stagnation. Earlier research showed that over 300 million years of evolution, the X chromosome retained many hundreds of genes, while the Y chromosome was reduced to only about 70 or 80 genes. However vast differences between human and chimp Y chromosomes imply not that the male chromosome is grinding to a halt in humans, but rather the opposite—it's evolving as a furious pace compared to the rest of the genome. In fact, that study says, while the overall genome of humans and chimps are separated by a tiny relatively amount because we diverged just 6 million years ago, the Y chromosomes differ by about as much as the overall differences between humans and chickens, which last had a common ancestor more than 300 million years ago. Why the big Y chromosome differences? Humans, the researchers say, seem to be adding and deleting genes; chimps, on the other hand, are mainly just losing them. They point to few possible explanations, including differing mating behavior.

Many male apes mate with one female in the species, leading to evolutionary success only for those whose sperm out-impregnates others, a process called "sperm competition" in evolutionary biology. The human male chromosome, in contrast, shows no evidence of such competition, according to the study [USA Today]

. The implications of the Y chromosome's newfound vitality remain to be seen.

This does not mean that men are evolving faster than women, given that the two belong to the same species, but it could be that the Y’s rate of change drives or influences the evolution of the rest of the human genome in ways that now need to be assessed. It would be “hard to imagine that these dramatic changes in the Y don’t have broader consequences,” Dr. Page said [The New York Times]