Robots in disguise: soft-bodied walking machine can camouflage itself 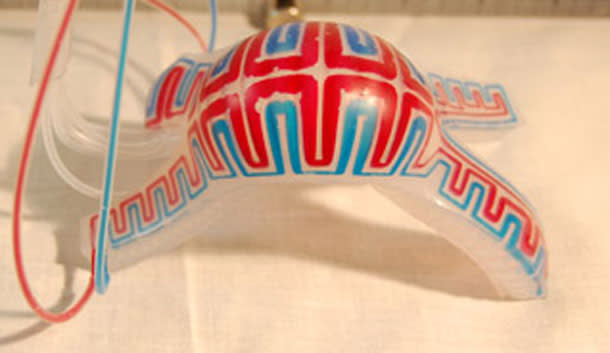 None of our machines can do what a cuttlefish or octopus can do with its skin: change its pattern, colour, and texture to perfectly blend into its surroundings, in matter of milliseconds. Take a look at this classic video of an octopus revealing itself. But Stephen Morin from Harvard University has been trying to duplicate this natural quick-change ability with a soft-bodied, colour-changing robot. For the moment, it comes nowhere near its natural counterparts – its camouflage is far from perfect, it is permanently tethered to cumbersome wires, and its changing colours have to be controlled by an operator. But it’s certainly a cool (and squishy) step in the right direction. The camo-bot is an upgraded version of a soft-bodied machine that strode out of George Whitesides’ laboratory at Harvard University last year. That white, translucent machine ambled about on four legs, swapping hard motors and hydraulics for inflatable pockets of air. Now, Morin has fitted the robot’s back with a sheet of silicone containing a network of tiny tubes, each less than half a millimetre wide. By pumping coloured liquids through these “microfluidic” channels, he can change the robot’s colour in about 30 seconds. In the first part of the video below, the robot changes colour to match a bed of rocks. Both its contrast and brightness are good fits. In the image below that, it changes colour to mimic a pile of discarded leaves (albeit a bit poorly). [embed width="610"]http://youtu.be/Gmpg2Yfu5uU[/embed] 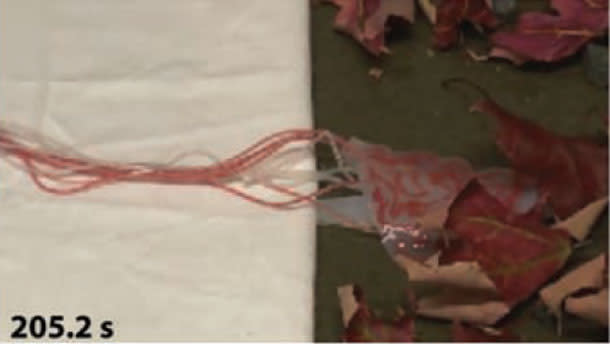 Here’s a better example, which shows that camouflage doesn’t have to be perfect for the robot to be hard to find. One of the robots on this patterned fabric has been highlighted in a white box, but there are four others too. 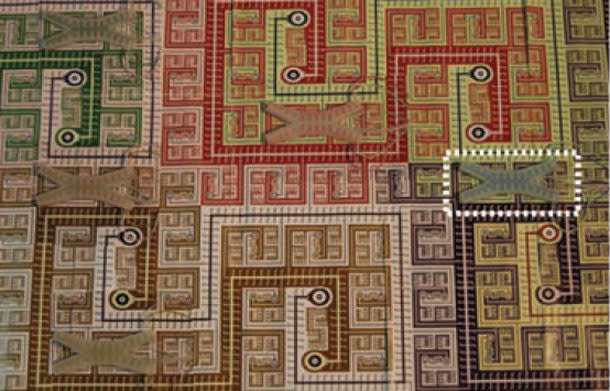 But this robot-in-disguise is more than meets the eye. If its channels fill with bright or glowing colours, the robot can be made to stand out rather than blend in. 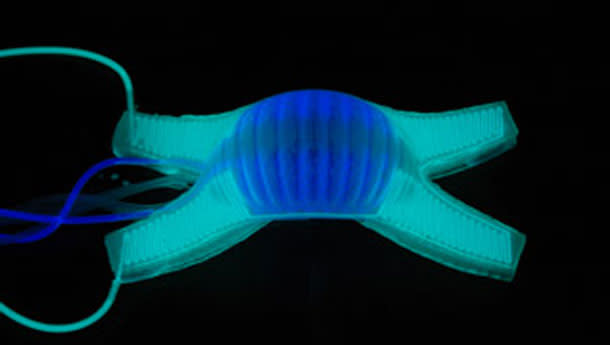 And it even has a trick that cuttlefish and octopuses can’t match: it can camouflage itself in the infrared part of the spectrum. By filling the robot with liquids at different temperatures, Morin could make it invisible to the heat-sensitive detectors found in our infrared cameras, and on the faces of some snakes and vampire bats. You can let your imagination run wild when it comes to possible uses for soft, undetectable robots. But Morin puts forward a more grounded use in his paper: studying the very animals he has been trying to mimic. In field experiments, he could tweak the contrast, pattern, colour and temperature of the robot to see how predators and prey react, without human scientists on hand. And when the experiments are over, the robot could swap from blending in to standing out, to make it easier to find and recover. Even this ambition is still a while away. The robot is still awkward and its disguise is imperfect. Morin has to prepare the coloured liquids beforehand, and pump them into the robots via cumbersome tubes. The team are now working on larger models that can carry their own power sources, pumps, fluids, and electronics, and operate without human support. Reference: Morin, Shepherd, Kwok, Stokes, Nemiroski & Whitesides. 2012. Camouflage and Display for Soft Machines. Science http://dx.doi.org/10.1126/science.1222149