Neanderthals were using jewelry like ancient Yankees caps before Homo sapiens arrived, and hominids had kitchens and workshops nearly a million years ago. 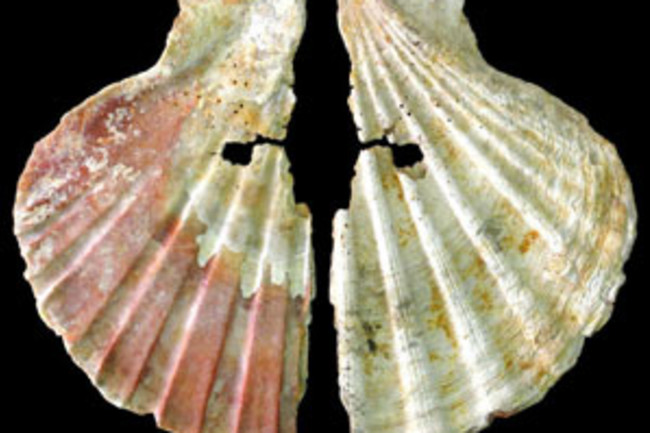 We Homo sapiens consider ourselves pretty special, with our symbolic art, abstract thinking, and highly organized societies. But evidence is mounting that these hallmarks of modern human behavior may have existed in earlier hominids.

In Spanish caves once occupied by Neanderthals, archaeologist João Zilhão of the University of Bristol unearthed punctured scallop shells crusted with mineral pigments: Neanderthal jewelry. Painted with reds and yellows, the shells may have been worn as pendants, perhaps conveying social information about the wearer to other members of the group. “It’s like putting on your Yankees cap when you go to the stadium so people know who you are,” Zilhão says.

Body ornaments had been found at Neanderthal camps before, but they dated to near the period when Neanderthals shared Europe with modern humans. That led some archaeologists to suggest that Neanderthals just mindlessly copied ornaments they saw on their Cro-Magnon neighbors. However, most of the relics found by Zilhão date to 50,000 years ago, 10,000 years before the first modern humans arrived. The Neanderthals can finally get clear credit for their artistry, he says.

Unexpected sophistication is also turning up among our even more ancient ancestors. A 790,000-year-old hominid settlement in northern Israel, excavated by archaeologists from the Hebrew University of Jerusalem, appears to have been divided into distinct functional spaces, with a hearthside food preparation area and a spot dedicated to flint toolmaking. Researchers had thought that only Homo sapiens had such well-configured living spaces. Now it seems that far earlier humans kept orderly homes.