Q&A with Matt Reeves, Director of "Dawn of the Planet of the Apes"

Matt Reeves talks about the latest chapter of the decades-old Planet of the Apes franchise. 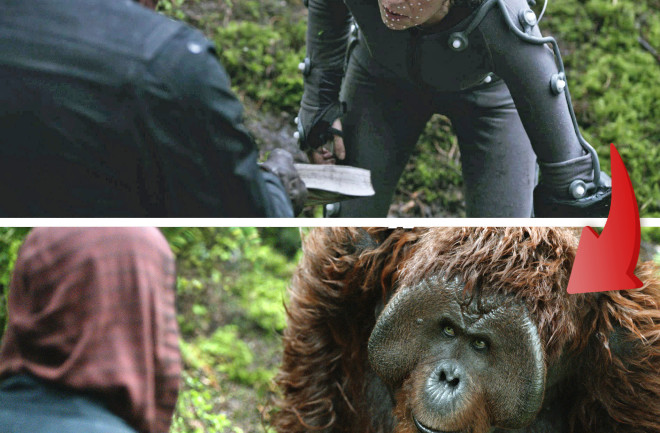 Sign up for our email newsletter for the latest science news
An uneasy truce is established between human leader Malcolm (Jason Clarke, left) and his counterpart, Caesar (Serkis). | WETA / Twentieth Century Fox

It’s 2026, and humans aren’t doing so well. Over the past decade, simian flu has nearly wiped us out, and intelligent apes — the product of misguided lab experiments — are quickly climbing to the top of the food chain.

The challenge for our species is to survive. The challenge for Matt Reeves, director of Dawn of the Planet of the Apes (in theaters July 11), is to live up to all the Apes that have gone before — and to go even further, creating a new level of realism. We caught up with Reeves as he was putting the finishing touches on Dawn, the sequel to 2011’s Rise of the Planet of the Apes, to talk about his chapter of a franchise that began more than 50 years ago with a French novel.

Discover: What was the most important element to you in Dawn?

Matt Reeves: The tone is the most important thing. Everything has to feel grounded in reality. The only fantastic element is the intelligent apes. The dystopian, post-apocalyptic theme for the humans was the least interesting aspect to me. I was into the ape civilization.

We’ve come a long way from the then-cutting-edge makeup and masks of the 1968 film Planet of the Apes, but do you feel, effects-wise, that Dawn is an improvement even on 2011’s Rise?

MR: I was so blown away in Rise by the emotionality. The most human, relatable character in that movie was an ape, Caesar. But Rise was shot mostly on a stage. I wanted to increase the sense of visual reality. The last film was an emotional victory, but in Dawn, the physical manifestation (of computer-generated characters) is a quantum leap forward. It’s photorealism.

The volume of the movie was shot on location with motion capture and witness cameras (which provide 3-D reference points to help create 3-D computer-generated characters). That’s been done before, but not on this scale. Dawn was also shot with native 3-D cameras, which are enormous and heavy, and have to be used on cranes. It was unbelievably difficult dealing with them on hillsides in mud and rain.

How did you approach depicting the still-evolving ape civilization?

MR: There were some early production design ideas about them repurposing human tools and other items, but I thought that cheapened them and made them seem like scavengers. Apes don’t need our scraps. They’re going to build their own world. They don’t need clothes. Everything they make is functional. They’re ingenious engineers, but they’re using primitive materials. And they’re seven times stronger than we are. You’re seeing them on their ascendency, but they’re still primitive.

So … no sharp dressers like Cornelius in the original movie?

MR: In the ’68 movie, they’ve taken on clothing; they’re dressed like humans. But for Dawn, to give them anything that had no function seemed frivolous.

[This article originally appeared in print as "Apes of Wrath."]