Pudgy Dogs and Humans May Share a Key Genetic Mutation 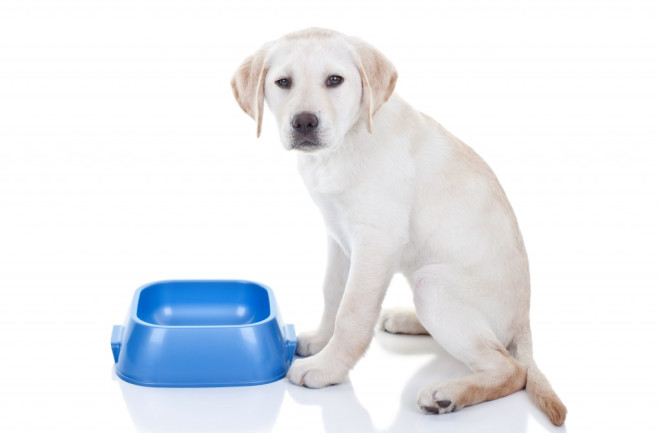 This Lab clearly wants more. (Credit: Stephanie Zieber/Shutterstock) When a hungry dog turns those puppy eyes on its owner, it can be tough to say no. And for those with a Labrador retriever, such meltingly cute appeals happen with much greater frequency — some Labs just seem to be hungry all the time, often leading to unhealthy weight gains. When Some is Never Enough A team of researchers from the University of Cambridge in the U.K. says that they have discovered why some dogs seem to be shameless gluttons. A key mutation in one of their genes likely reduces the amount of hunger-suppressing chemicals in their bodies, the scientists say, meaning that they just never feel full. In a genetic analysis of 310 Labradors, the researchers found that 23 percent of them had a mutation in the POMC gene, which they think is responsible for producing two compounds essential for telling the dogs when they've had enough. The researchers searched for the genetic mutation in 38 other species of dog, but found it in only one, flat coat retrievers, a close relative of Labs. While the presence of the mutation does not necessarily doom a dog to a life of obesity, Labs with the altered gene were much more likely to be overweight. On average, such dogs weighed almost five pounds more. The scientists published their research Tuesday in the journal Cell Metabolism. Anything for a Treat The dogs with the genetic mutation also responded more strongly to food — they begged for a treat more often and paid greater attention at mealtimes. This had the positive side effect of making these dogs easier to train, the researchers found. Because food is often used as a reward in training programs, the hungry dogs were more likely to pay attention when the possibility of a meal was dangled in front of them. This explained another finding from the study: assistance dogs were about three times more likely to possess the mutation than other dogs. Food plays a large part in their training, meaning that hungry dogs have more incentive to pay attention and learn quickly. The study has implications for studying obesity in humans as well. Like their human companions, dogs are suffering from a prevalence of obesity likely linked to the same factors — overeating, sedentary lifestyles — that afflict us, and it appears that we can now add genetics to that list as well. A version of the POMC gene is found in humans, where it has also been linked to differences in body weight. By showing that the gene acts similarly in both man and his best friend, researchers may be able to translate their findings to humans. Future research is needed to examine exactly how the gene suppresses hunger, and how to treat those who may possess a mutated form of it. But, if the trials are successful, what works for your dog might also work for you.

Update: This post has been updated to clarify the fact it is a mutation to a gene, and not the gene itself, that may cause the weight gain.