Prisoners do science, help to save endangered butterfly 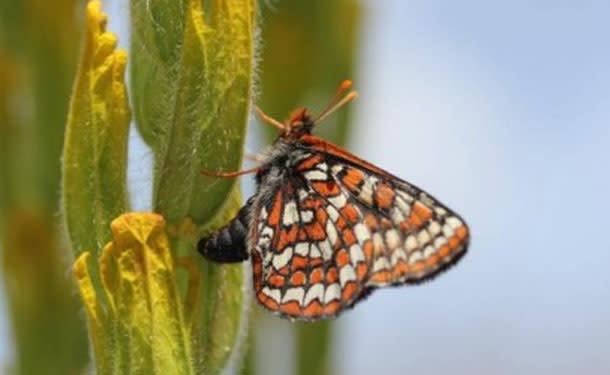 Conservation work usually involves restoring wildlife and natural habitats. For the people behind the Sustainability in Prisons Project (SPP), conservation work is about restoring people too. The project recruits inmates from prisons around Washington, USA in efforts to protect endangered butterflies, frogs, flowers and mosses. They breed individuals either in the prisons or under supervision in outside facilities. They get training, education and a small wage. And they get a chance to give something to society. I learned about the project at the Ecological Society of America Annual Meeting, and it was a highlight. These prisoners aren’t just providing manual labour. They’re also creatively tweaking and improving what they do, and rearing animals that put competing facilities to shame. The ones who are breeding Oregon spotted frogs have produced animals that are bigger and healthier than those from Oregon Zoo and the organisations that trained them in the first place. And they’re doing actual science. The inmates who are breeding endangered Taylor’s checkerspot butterfly have worked out which plants the butterfly likes to lay its eggs on. That was unknown, and since one of those plants is also endangered, the results could help to fuse two disparate conservation projects together. It’s a wonderful initiative, and the prisoners are enthused and empowered by it. Dennis Aubrey, a student who leads the butterfly project, told me, “They talk about how it completely changes how they think. Most people are in the prison yard talk about who did them wrong. Then, all of a sudden, guards will tell us they hear people saying, ‘Hey did you see how that moss was growing?’” I’ve written about the project in more detail for Nature News. Head over there for the full story.Image of Taylor's checkerspot, courtesy of inmate research assistant, Sustainability in Prisons Project