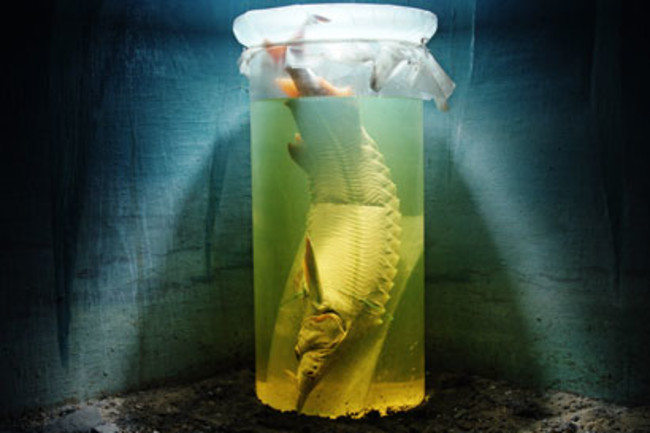 A preserved ship sturgeon sits in the history museum in Aralsk, Kazakhstan. In the decades since 1960, the nearby Aral Sea, where the fish once lived, has shrunk to a quarter of it's original size due to diversion for irrigation. This species is now locally extinct and critically endangered worldwide. But the Aral Sea itself may be recovering: A dam built in 2005 has brought rising water levels to its Northern part.

Photographer Carolyn Drake made these photos during an ongoing project in Central Asia. Drake commented on what it was like in Aralsk; "Being in Aralsk is not like seeing these photos or going to the museum where I took them. The place is spotted with monuments to a decaying past--rusting ships, toxic puddles, crumbling factories--but it's also Real. People visit hospitals, get married, drink vodka and beer, open shops, scrounge for work, billboards go up, cars are bought, trash is burned, water is collected, dogs bark. There is a strong feeling of the past there, and of the consequences of it- that's a big part of what I'm looking at in the Paradise Rivers project." 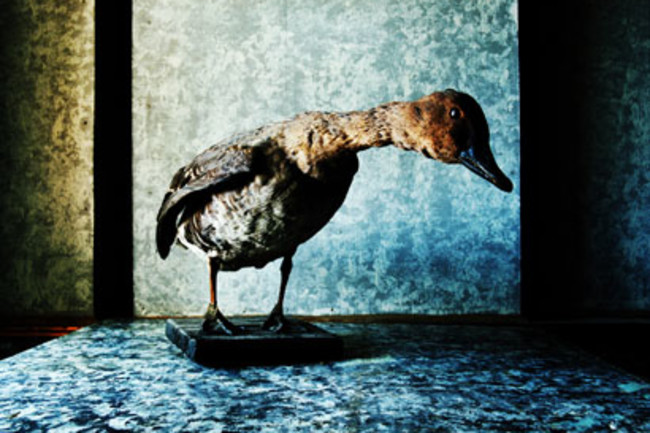 Taxidermy on display in the History Museum of Aralsk, a formerly bustling Soviet fishing port on the Aral Sea. These animals were placed in Kazakhstan's "Red Book" of endangered species. 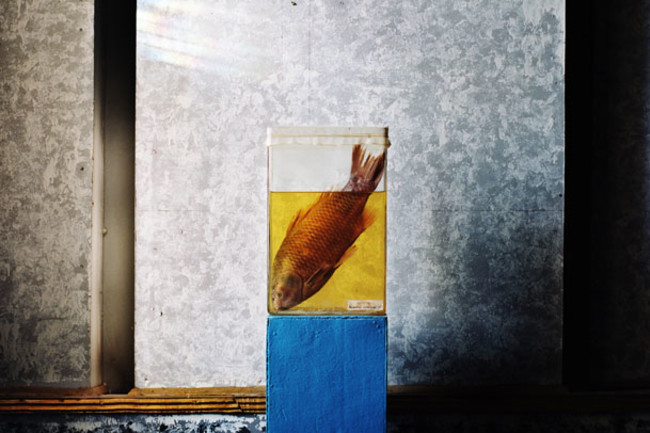 Preserved fish in the History Museum of Aralsk, Kazakhstan. 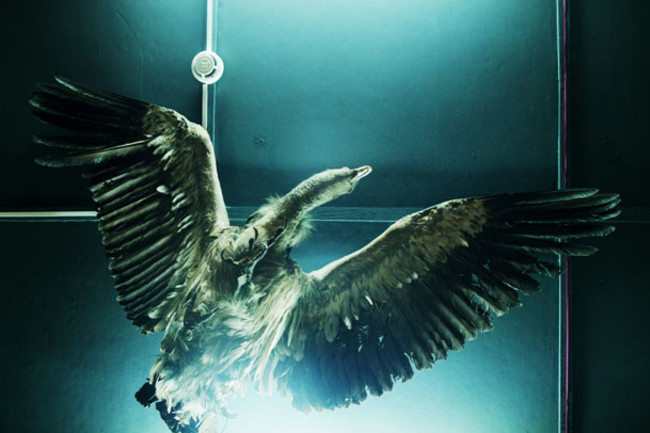 Taxidermy in the History Museum of Aralsk, Kazakhstan.