Prejudice vs. biology - testosterone makes people more selfish, but only if they think it does

What do you think a group of women would do if they were given a dose of testosterone before playing a game? Our folk wisdom tells us that they would probably become more aggressive, selfish or antisocial. Well, that's true... but only if they think they've been given testosterone. 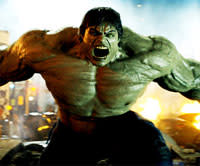 If they don't know whether they've been given testosterone or placebo, the hormone actually has the opposite effect to the one most people would expect - it promotes fair play. The belligerent behaviour stereotypically linked to testosterone only surfaces if people think they've been given hormone, whether they receive a placebo or not. So strong are the negative connotations linked to testosterone that they can actually overwhelm and reverse the hormone's actual biological effects.

If ever a hormone was the subject of clichés and stereotypes, it is testosterone. In pop culture, it has become synonymous with masculinity, although women are subject to its influence too. Injections of testosterone can make lab rats more aggressive, and this link is widely applied to humans. The media portrays "testosterone-charged" people as sex-crazed and financially flippant and the apparent link with violence is so pervasive that the use of steroids has even been used as a legal defence in a US court.

Christoph Eisenegger from the University of Zurich tested this folk wisdom by enrolling 60 women in a double-blind randomised controlled trial. They were randomly given either a 0.5 milligram drop of testosterone or a placebo. He only recruited women because previous research shows exactly how much testosterone you need to have an effect, and how long it takes to do so. We don't know that for men.

The women couldn't have known which substance they were given, but Eisenegger asked them to guess anyway. Their answers confirmed that they couldn't tell the difference between the two drops. But they would also confirm something more startling by the trial's end.

Each woman was paired with a partner (from another group of 60) and played an "Ultimatum game" for a pot of ten Swiss francs. One woman, the "proposer", decided how to allocate it and her partner, "the responder" could choose to accept or refuse the offer. If she accepts, the money is split as suggested and if she refuses, both players go empty-handed. The fairest split would be an equal one but from the responder's point of view, any money would be better than nothing. The game rarely plays out like that though - so disgusted are humans with unfairness that responders tend to reject low offers, sacrificing their own meagre gains to spite their proposers.

Overall, Eisenegger found that women under the influence of testosterone actually offered more money to their partners than those who received the placebo. The effect was statistically significant and it's exactly the opposite of the selfish, risk-taking, antagonistic behaviour that stereotypes would have us predict.

Those behaviours only surfaced if women thought they had been given testosterone. Those women made lower offers than their peers who believed they had tasted a placebo, regardless of which drop they had been given. The amazing thing is that this negative 'imagined' effect actually outweighed the positive 'real' one. On average, a drop of testosterone increased a proposer's offer by 0.6 units, but belief in the hormone's effects reduced the offer by 0.9 units.

The difference between these values is not statistically significant, so we can't conclude that the negative effect outweighs the positive one, but the two are certainly comparable. Either way, it is a staggering result. It implies that the biological effect of a behaviour-altering hormone can be masked, if not reversed, by what we think it does. It's somewhat similar to the nocebo effect, where people experience unwanted side effects from a drug because they believe that such effects will happen.

How can we explain these results? Certainly, Eisenegger accounted for the volunteers' levels of testosterone before the experiment, as well as their levels of cortisol (a stress hormone), their mood and their feelings of anxiety, anger, calmness or wakefulness. None of these factors affected his results.

It's possible that people who are naturally inclined towards selfish, aggressive or dominant behaviour would find it easier to rationalise their actions if they felt that they were under the spell of testosterone. However, these personality traits weren't any more common among the recruits who thought they were given testosterone than those who thought they had a placebo.

Instead, Eisenegger suggests that testosterone's negative stereotype provided some of the women with a licence to misbehave. Their beliefs relieved them from the responsibility of making socially acceptable offers because they thought they would be driven to make greedy ones.

At first, this work seems to contradict the results from earlier studies, which suggest that high testosterone levels are linked with risk-taking, selfishness and aggression. But these studies can't tell us whether the former causes the latter. Indeed, another randomised trial that I've blogged about before found that doses of testosterone didn't affect a woman's selflessness, trust, trustworthiness, fairness or attitude to risk. This study also used an Ultimatum game but it only analysed the behaviour of the responder rather than the proposer.

The alternative hypothesis says that testosterone plays a much subtler role in shaping our social lives. When our social status is challenged, testosterone drives us to increase our standing; how we do that depends on the situation. Traders might take bigger financial risks, while prisoners might have a dust-up. Eisenegger thinks that this is the right explanation, and his results support his view. In his experiment, women who received testosterone would be more inclined towards acts that boosted their social status, and the best way of doing that was to make a fair offer.

The message from this study is clear, and Eisenegger sums it up best himself:

"Whereas other animals may be predominantly under the influence of biological factors such as hormones, biology seems to exert less control over human behaviour. Our findings also teach an important methodological lesson for future studies: it is crucial to control for subjects' beliefs because the [effect of a pure substance] may be otherwise under- or overestimated."

More on hormones and placebo: