Prehistoric Crustaceans Produced Sperm Larger than the Animals Themselves 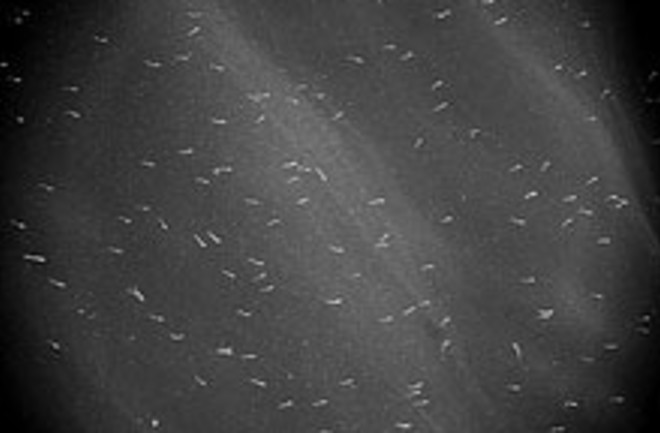 It's hard enough for us humans to fight for a mate. But for the now-extinct mussel-like creatures known as ostracods, which lived on Earth about 100 million years ago, "getting in" was only part of the battle. That's where giant sperm comes in: Females copulated with multiple males, so it was up for the sperm themselves to duke it out inside of the female's body. New research based on microfossils of these ancient creatures, led by Dr. Renate Matzke-Karasz in Munich, shows that a male's sperm may have been even larger than the animal itself. And ostracods aren't the only animals to produce mega-sperm, according to Reuters:

Giant sperm are still around today. A human sperm, for example, would have to be 40 meters long to measure up against a fruit fly's. The insect is only a few millimeters in size but can produce 6 cm-long (2.5 inch) coiled sperm.