Pondering the Past: 3,800-Year-Old Ceramic Figure Sits in Contemplation 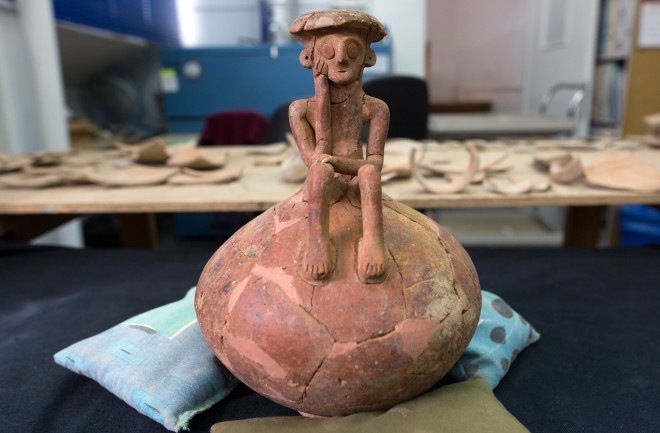 On the final day of digging last September, archaeologists in Yehud, Israel, unearthed this unusual ceramic creation. It’s an ordinary Bronze Age jug, but perched on top is a figure frozen in contemplation. The 3,800-year-old piece was probably a funerary offering made for a respected community member, according to dig director Gilad Itach of the Israel Antiquities Authority. He said the figure was added to the jug before firing, but each might have come from separate craftsmen. The researchers were collecting artifacts before construction of residential buildings began.