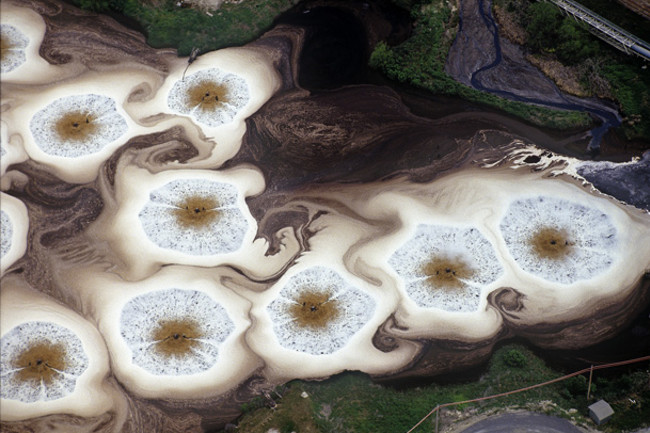 Photographer J. Henry Fair has covered important environmental stories for Discover, from pork farms to toxic fertilizer byproducts. In January, powerHouse Books will be releasing Fair's book The Day After Tomorrow: Images of Our Earth in Crisis, which includes essays from James Hansen, Allen Hershkowitz, and Frances May. Fair writes:

"Tremendous research has gone into understanding what is seen in these images. Information was gathered from numerous sources: newspapers, websites, the EPA (Environmental Protection Agency), EIA (Energy Information Agency), environmental groups, satellite images, and other sources within and outside of government. However, even these attempts at exposing the problem at hand can sometimes fall short. Due to exemptions granted to powerful industries, some of the most egregious industrial scars are “off the record.” The notorious Bevill Amendment to the RCRA (Resource Conservation and Recovery Act) is particularly damaging. For instance, the uranium content of phosphate fertilizer waste is well known, but due to RCRA exemptions, appears nowhere “on the record,” and thus the industry escapes the expense of proper handling. Also, one can only photograph what can be seen; often the most dangerous pollutants are invisible."

Above is an image from the book showing a waste from a paper products factory in Baton Rouge, Louisiana---aerators have created a pattern in foam on the surface of the pool. This image was one that Fair made during his initial investigation of industrial regions around the Mississippi from the air. Fair often researches a topic extensively, and identifies locations using Google Earth before traveling and hiring a local pilot.