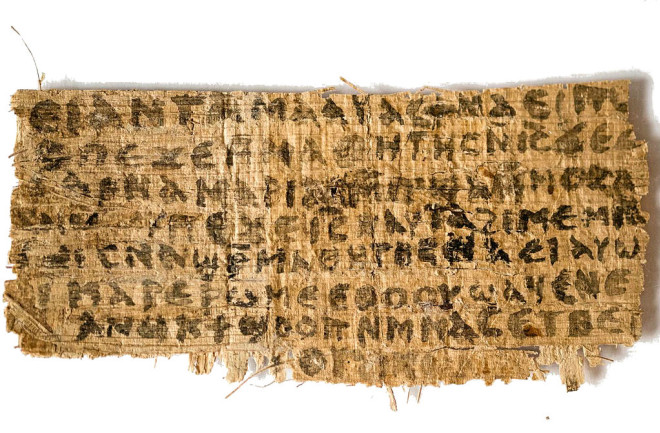 A controversial piece of papyrus that references the wife of Jesus is indeed ancient, according to recent dating results.

Since Harvard professor of divinity Karen L. King publicized the so-called “Gospel of Jesus’s Wife” in 2012, scientists and theologians have fiercely debated the authenticity of the fragment — the only known papyrus containing the words “Jesus said to them, my wife.” Biblical scholars have argued that the 1- by 3-inch chunk of papyrus is modern, “oddly written” and a “clumsy forgery.” But results from recent chemical and handwriting analyses say otherwise.

A second study examined the fragment’s handwriting to verify its authenticity. King, at Harvard Divinity School, weighed all the evidence and concluded that the fragment is likely a product of early Christians, not a forgery. The findings were presented in a series of studies published Thursday in the Harvard Theological Review.

King emphasized that the authenticity of the document is not proof that the historical Jesus was married. Rather, the fragment highlights an ongoing debate among early Christians regarding women and discipleship.

“The main topic of the fragment is to affirm that women who are mothers and wives can be disciples of Jesus — a topic that was hotly debated in early Christianity as celibate virginity increasingly became highly valued,” King explained Thursday in a news release.

Despite this announcement, the fragment’s origins remain a mystery. The person who wrote the gospel is unknown, and the person who gave it to King in 2011 wished to remain anonymous. So it looks like this case is anything but closed.