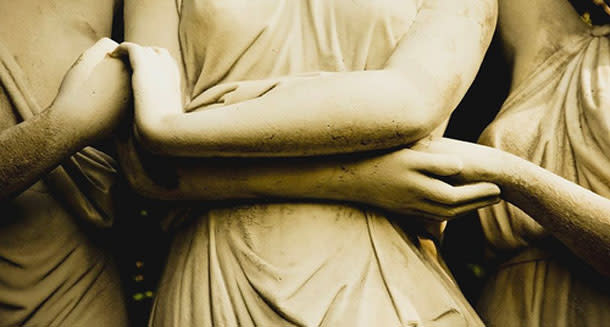 Update: I've amended this post following some harsh critical comments on the study from geneticists on Twitter, which I really should have noted while going through the paper.

Our genes can influence our behaviour in delicate ways, and these effects, while subtle, are not undetectable. Scientists can pick them up by studying large groups of people, but individuals can sometimes be sensitive to these small differences. Consider the OXTR gene. It creates a docking station for a hormone called oxytocin, which has far-ranging effects on our social behaviour. People carry either the A or G versions of OXTR, depending on the “letter” that appears at a particular spot along its length. People with two G-copies tend to be more empathic, sociable and sensitive than those with at least one A-copy. These differences are small, but according to a new study from Aleksandr Kogan at the University of Toronto, strangers can pick up on them after watching people for just a few minutes. Kogan flimed 23 people talking to their partner about a time of personal suffering. He then asked 116 volunteers to watch clips of the conversations and judge the listening partner on how trustworthy, compassionate and kind they seemed. The clips were each 20 seconds long, and none of them had any sound. The viewers could only judge their targets by what they did, rather than what they said. These listeners differed in whether they had the A or G-versions of OXTR, but neither the viewers nor the people who made the clips knew who had which copies. Nonetheless, Kogan found that people with two G-copies came across better than their peers, regardless of gender. Of the ten most trusted listeners, six were double G-carriers, while nine of the ten least trusted listeners had at least one A-copy. When Kogan asked two independent people to analyse the clips, it became clear why the listeners gave different impressions. Those with two G-copies made more physical social cues, including as head nods, eye contact, and open arms. Through these gestures, they wordlessly portrayed a kinder and more trustworthy social style. As Kogan points out, OXTR is almost certainly just one of many genes that can affect our behaviour. His study is less about the gene’s power and more about how exquisitely sensitive people are to social cues, such that even slight genetic variations can communicate information through “a few brief moments of behaviour”. But the paper has drawn harsh criticism from geneticists because of its small sample size. Daniel MacArthur, who blogs at Genetic Future, said, "[A simple size of] 23 for genetics means the paper might as well not exist. It carries no useful info. Without a larger sample and independent replication, it's safest to simply assume these results are false." Joe Pickrell from Harvard Medical School, agreed: "If the sample size is 23... there's no way that's a real association."And Chris Gunter from the HudsonAlpha Institute for Biotechnology added, "The literature is full of behavioural genetics studies which don't replicate, with similarly small numbers." We don’t really know how the OXTR gene, or the hormone that it interacts with, exerts its influence. For a start, oxytocin has a misleadingly rosy reputation. This simple chemical has been caricatured as the “love hormone” or “cuddle chemical”, after several studies showed that a sniff of oxytocin could boost trust, cooperation, generosity and empathy. But more recently, other studies have found that under certain circumstances, it can also make people more distrusting, uncooperative, biased and envious. Rather than universally promoting the better angels of our nature, oxytocin has broader effects on our behaviour. It probably either makes people more alert to social cues in their environment, or motivates them to seek social connections with others. These effects manifest in different ways, both positive and negative, depending on the person and the situation. Culture matters too – it sets the stage on which OXTR plays out its role. Last year, Heejung Kim showed that American G-carriers are more likely than A-carriers to seek emotional support from their friends in times of need. But in Korea, where it’s more taboo to trouble your peers with your personal burdens, G-carriers are slightly less likely to turn to their friends. Kim looked at a specific version of the OXTR gene, whose carriers are allegedly more social and sensitive. But this link between gene and behaviour depends on culture; it exists among American people, who tend to look for support in troubled times, but not in Korean cultures, where such support is less socially acceptable. In both cases, the G-carriers became more socially sensitive, but that led to very different behaviour depending on the norms of their own cultures. In Kogan’s study, everyone was a young, white American and as he rightly says, “More work is necessary to replicate and extend the present results to a larger, more diverse sample.” Reference: Kogan, Saslow, Impett, Oveis, Keltner & Saturn. 2011. Thin-slicing study of the oxytocin receptor (OXTR) gene and the evaluation and expression of the prosocial disposition PNAS http://dx.doi.org/10.1073/pnas.1112658108Photo by Valerie EverettMore on oxytocin: