Out-of-State Mates Bring Florida Panthers Back From the Brink 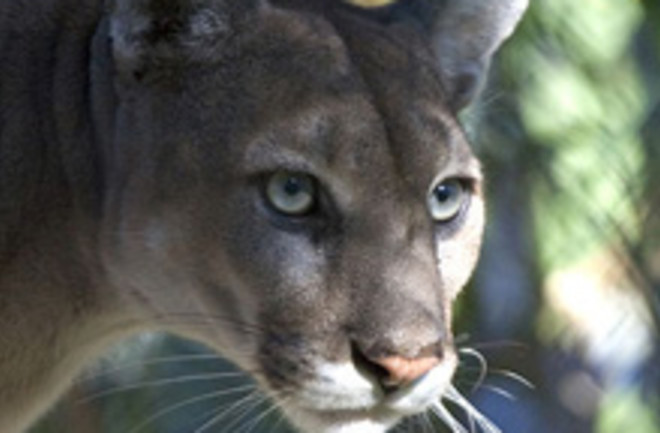 The Florida panthers may be saved. They simply needed a little Lone Star assist. Fifteen years ago the big cats in Florida were in dire straits, doomed to probable extinction because of genetic inbreeding and dwindling numbers. Now, though, their population is on the upswing, thanks to a program that brought in eight females from a panther population in Texas to bolster the Florida cats. Scientists who studied the experiment report in the journal Science that it has worked: Both the numbers and the genetic diversity of Florida panthers improved drastically.

Hybrids of the Florida cats and cousins of the same species from a wild-caught Texas population have twice the genetic variety and far fewer of the genetic defects that were known in Floridian panthers before the introduction, says geneticist [and study coauthor] Warren Johnson. [Science News]

Though researchers said back in the 1990s that the Florida cats had a 95 percent chance of going extinct if humans did nothing to protect them, the Texas plan wasn't unanimously welcomed. Skepticism lingered that such a small infusion could save the panthers, and Science News reports

. The cats are all the same species (in the west the big cat is more often called a puma, cougar, or mountain lion), but the geographically distinct populations have adapted to their very different environments. Conservationists working on the panther plan worried that muggy Florida isn't quite the same as arid West Texas, where the eight females came from. However, the big cats adjusted seamlessly, according to Roy McBride, the hunter who captured them in Texas back in 1995.

"These Texas cats came out of a desert where it rains five inches a year to a swamp where it rains 60 inches. You can imagine the shock of coming off a desert mountain where there's no vegetation into a big wetland or swamp. But wherever we put them, they did well. They actually gained weight." And they bred with the dying Florida cats. [Houston Chronicle]

Panther protectors cannot stand down from their vigilance, despite this success. The outside threats to the majestic predators, like dwindling habitat, are not going away. Study coauthor Stephen O’Brien says the current population numbers, though a marked improvement over 1995, are not enough to ensure the success of the cats.

The population is currently only about 130—far lower than the goal of more than 500 needed to maintain a stable, healthy population—and has recently stopped increasing. Moreover, signs of inbreeding are starting to appear again, so the panther population would benefit from additional cougars. "It was only a temporary fix," O'Brien says. [ScienceNOW]

, from 1992, on whether or how to try to save the Florida panther DISCOVER: Wild Cats in Carolina