An excerpt from The Last Flight of the Scarlet Macaw 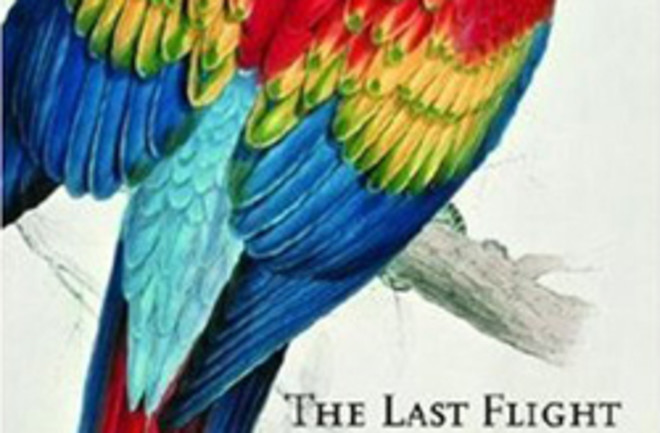 Sharon shares her office with a three-legged jaguar named Angel. Visitors to Sharon’s office often ask to pet Angel, which Sharon discourages. “Never pet a jaguar,” she once told me, “unless you’re willing to feed her your hand.”

Sharon speaks fluent Russian and once worked as a lion tamer for a traveling Mexican circus. She sings to wild jaguars to soothe them. As a young woman she married a dentist and lived in a tidy house in Iowa City. When she grew restless, she started hopping freight trains to Florida. She once smuggled a spider monkey across the Mexican border by swimming the Rio Grande with the animal balanced on her head. She’s an expert in mycology, the study of fungi, and is considered one of the world’s foremost authorities on both the scarlet macaw and the Baird’s tapir, a three-toed ungulate with a ridiculous floppy snout. Most of that knowledge she picked up while walking through the Central American jungle carrying little more than a machete.

One day she called and said she was going into the field in a few weeks to track the migration of scarlet macaws across the Maya Mountain divide. “I can’t take you on the whole trip but you can come along on the first few days if you want,” she said. “We’ll be going up the river that would be destroyed by the dam.”

“What should I bring?” I asked.

She thought for a second. “Bug repellent,” she said.

Excerpted from The Last Flight of the Scarlet Macaw: One Woman’s Fight to Save the World’s Most Beautiful Bird by Bruce Barcott. Copyright 2008 by Bruce Barcott. Reprinted by arrangement with the Random House Publishing Group.