One Myth About Fingerprints Debunked: They Don't Help People Keep a Grip 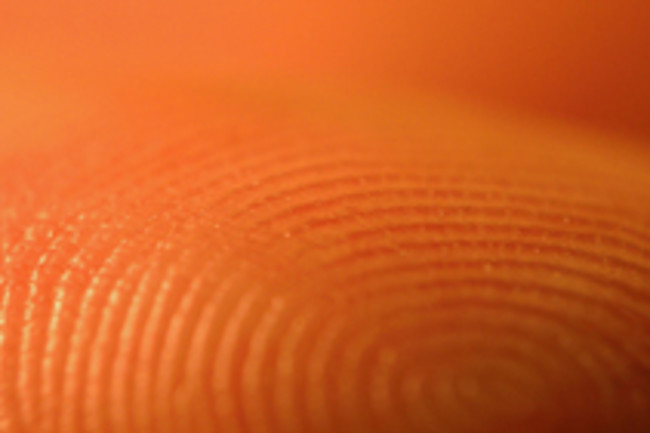 What are fingerprints good for, besides aiding police investigations? That's the question that biomechanics researcher Roland Ennos recently set out to answer.

This notion that human fingerprints (and presumably footprints) evolved because they act like tire or boot tread--increasing the friction against a smooth surface so we don't slip or drop stuff--is a 100-year-old urban myth that, apparently, had never been put to the test [NPR].

To test the impact of fingerprints, Ennos rigged a machine that measured the amount of friction generated by a fingertip (belonging to study coauthor Peter Warman) when it was pressed against a piece of acrylic glass. Warman gradually increased the pressure, going from a light touch on the glass to a tight grip, but the corresponding friction didn't increase as much as the researchers expected. Soon they

The study appears in the Journal of Experimental Biology. But if fingerprints don't help us keep a grip, what do they do? Ennos suggests that fingerprints

may allow our skin to stretch and deform more easily, protecting it from damage. Alternatively, they may allow water trapped between our finger pads and the surface to drain away and improve surface contact in wet conditions. Other researchers have suggested that the ridges could increase our fingerpads' touch sensitivity [BBC News]

, possibly by amplifying the vibrations caused when a fingertip sweeps over a finely textured surface. Related Content: 80beats: In a Sensory Hack, What You Touch Affects What You See 80beats: Fingerprints Are Tuned to Amplify Vibrations and Send Info to the Brain 80beats: Fancy Fingerprinting Could Tell if You’ve Been Misbehaving DISCOVER: 20 Things You Didn't Know About Skin