Newborn babies have a preference for the way living things move 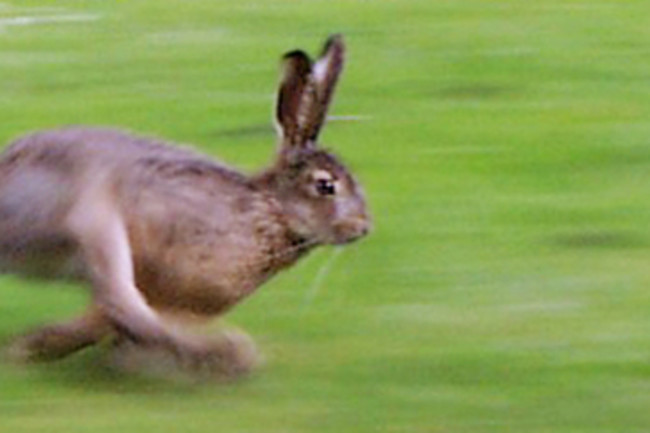 From an animal’s point of view, the most important things in the world around it are arguably other animals. They provide mates, food, danger and companionship, so as an animal gazes upon its surroundings, it needs to be able to accurately discern the movements of other animals. Humans are no exception and new research shows that we are so attuned to biological motion that babies just two days old are drawn to extremely simple abstract animations of walking animals. Animals move with a restrained fluidity that makes them stand out from inanimate objects. Compared to a speeding train or a falling pencil, animals show far greater flexibility of movement but most are nonetheless constrained by some form of rigid skeleton. That gives our visual system something to latch on to. In 1973, Swedish scientist Gunnar Johansson demonstrated this to great effect by showing that a few points of light placed at the joints of a moving animal to simulate its gait. When we see these sparse animations, we see them for what they represent almost instantaneously. Don’t believe me? Just look at this human walker

from Nikolaus Troje’s BioMotion Lab website. With just fifteen white dots, you can not only simulate a walking adult, but you can also tell if it’s male or female, happy or sad, nervous or relaxed. Movement is the key to the illusion – any single static frame merely looks like a random collection of unconnected dots. But once they start to move in time, the brain performs an amazing feat of processing that extract the image of a human from the random dots. This ability probably evolved very early in the history of animals and is shared by species as varied as cats, dolphins, chicks and monkeys. They too fall for point-light illusions and even for animations of other animals. Clearly, the preference for biological motion is a very general process, one that is not confined to one’s own species. Human babies are equally sensitive and Johansson himself proposed that the ability to detect biological motion is an innate one that we use from birth. So far, studies have found that babies just 3 months old can tell the difference between biological light-point simulations and scrambled ones. But even at this early point, their preferences could still have been driven by experience and brain development. Until now, the only animal which was known to be sensitive to biological motion from birth was the chicken. Experiments with newly hatched chicks found that they are drawn to simulations of both walking hens and walking cats. Now, Francesca Simion

and colleagues from the University of Padova have found that even newborn babies are sensitive to biological motion, showing for the first time that this ability is right there from the moment of birth. She tested 18 two-day-old infants with the same animations that worked so well with the chicks. That ruled out the very remote possibility that experience with humans in the narrow two-day window was behind any preferences. First, she showed that the infants could actually tell the difference between biological and non-biological motion. After being accustomed to seeing animations of either a walking hen or randomly moving dots, the infants were much more interested in the other simulation – they noticed that they were being shown something different. When given a choice between the two animations, the babies clearly preferred the biological ones and spent about two-thirds of their time staring at these rather than the random animations. The babies also preferred upright hen animations over upside-down ones, which Simion interprets as a sign that they also have an innate appreciation of gravity. According to Simion, we might all be born with a specific visual filter tuned to biological movement. It’s a neural ‘life detector’ that allows us to recognise our peers from the very start. Reference: Simion, F., Regolin, L., Bulf, H. (2008). A predisposition for biological motion in the newborn baby.