An analysis of funerary wrappings pushes back the beginnings of mummification. 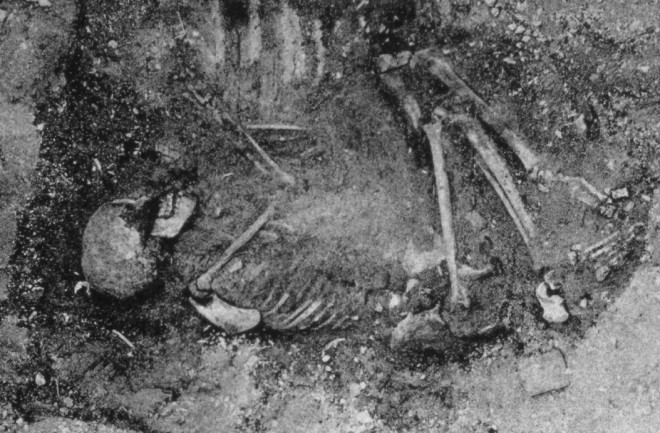 After sitting unnoticed for nearly a century, a handful of artifacts is rewriting ancient Egyptian history.

Egyptologists previously dated mummification’s beginnings to the Old Kingdom period, about 2500 B.C. However, after conducting the first successful chemical analysis of linen used in Neolithic burials, researchers announced in August they had discovered that people living in what is now Egypt were mummifying their dead much earlier — as far back as 4300 B.C., more than a millennium before the establishment of the Egyptian state.

It can be difficult to find material that is reliably documented from pre-Dynastic Egypt, but textile expert Jana Jones of Australia’s Macquarie University managed to identify the perfect specimen at the Bolton Museum, north of Manchester, England: fragmentary funerary wrappings more than 6,000 years old, collected in the early 20th century from a region of Upper Egypt.

After isolating material coating the textile fragments, University of York archaeological chemist Stephen Buckley analyzed its chemical makeup. He confirmed the substance was a man-made preservative and that it was virtually the same as compounds used at the height of the era of pharaohs.

“The surprise was that the recipe was so similar — both the constituents and the relative proportions — to what was used 3,000 years later,” Buckley says.

Another surprise: Chemical signatures of some of the ingredients revealed they came from as far away as Turkey. The find suggests that Neolithic Egypt, generally seen as a disorganized society, was far more advanced and engaged in long-distance trade.

“It changes our understanding of the entire culture,” Buckley says. “It shows they had an understanding of empirical science. Culturally, they were fairly sophisticated, and they were going to huge efforts to get these materials from the northeast Mediterranean to stick on a dead body.”