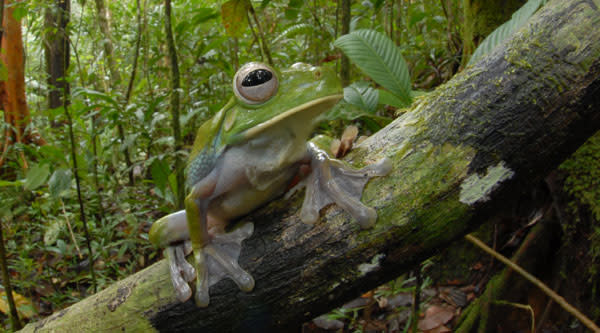 The island nation of Papua New Guinea is one of those places where biologists go to make extraordinary discoveries. During recent rainforest expeditions coordinated by Conservation International, researchers turned up about 200 new species. In a press release, the group explained its goals: "The searches were conducted as part of CI’s global efforts to document the biodiversity of poorly known but species-rich environments, and raise their profile to assist local communities establish conservation priorities for future development."

This bright green frog is believed to be new to science. It lives 100 feet up in the forest canopy, and taunted curious researchers down below with its loud, guttural croaks all night long. They finally caught their first glimpse of a handsome male by sending a local climber up to the treetops. 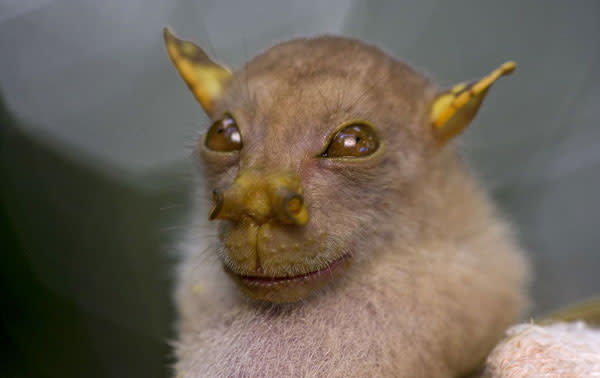 This tube-nosed fruit bat is not entirely new to science--but we had to include him because he may be the most fetching creature on the planet.

Researchers say this species has been previously seen but is still undescribedin the scientific literature; it belongs to the genus Nyctimene but doesn't have an official species name yet. It lives in the tropical forests of Papua New Guinea's Muller Range mountains, and probably plays an important role in dispersing plant seeds. 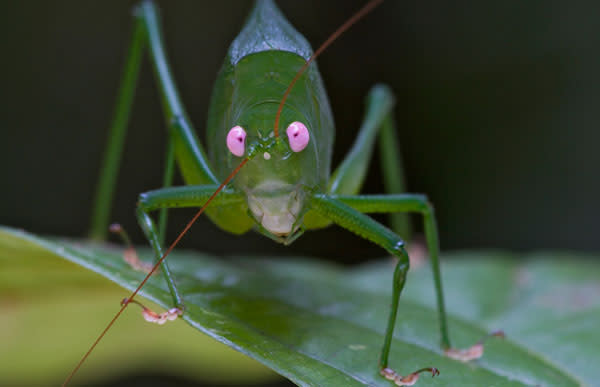 Researchers found a bonanza of katydids (a group of insects related to crickets and grasshoppers) in Papua New Guinea's forests--they've identified at least 20 new species. As these insects live in the rainforest canopy, they're difficult to collect and virtually unstudied. This pink-eyed Caedicia is thought to feed on tree flowers. 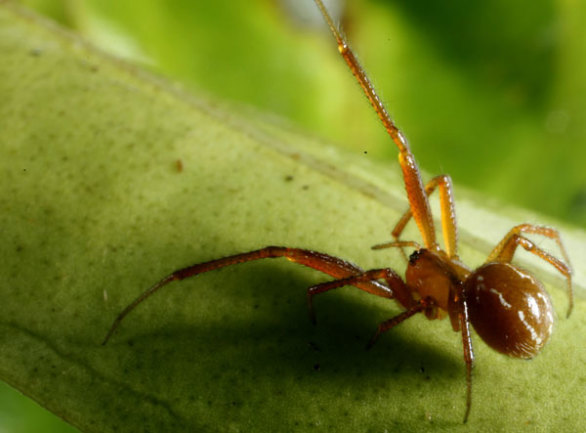 This newly discovered spider was spotted in the Nakanai Mountains on the island of New Britain. It's one of four new species found from the genus Anelosimus. 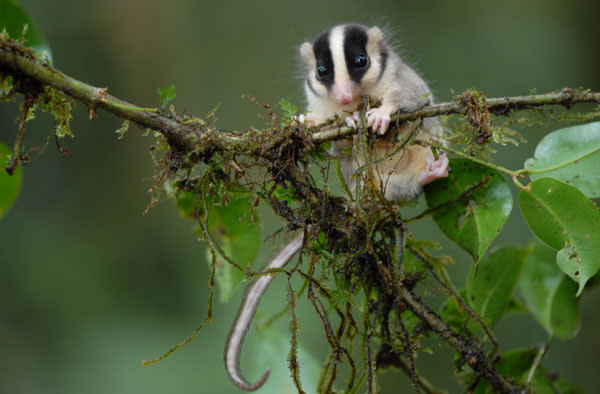 This feather-tailed possum has also been spied before by eagle-eyed biologists, but it has yet to be described in the scientific literature. The possum was found again on a recent expedition by happy accident. It was attracted to a light-trap put up by entomologists to catch nocturnal insects; the researchers suggest it may have been trying to catch and eat moths. It was found at an elevation of about 5,200 feet in the Muller Range mountains. 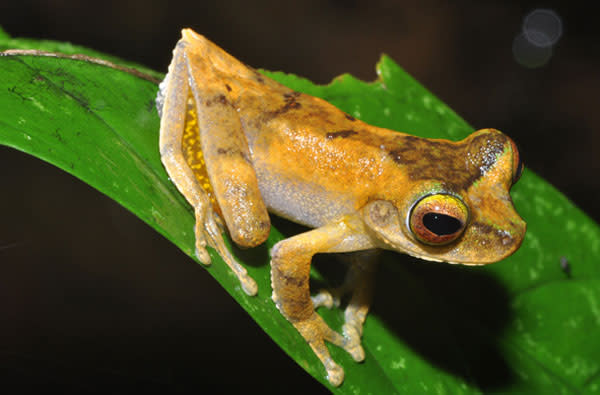 Another colorful new frog was found in the lush foliage along small rainforest streams in the Muller Range mountains. Researchers say it was suprisingly difficult to find this striking member of the Litoria genimaculata group; they had the most luck tracking down specimens when they followed the soft ticking sound made my mating males. 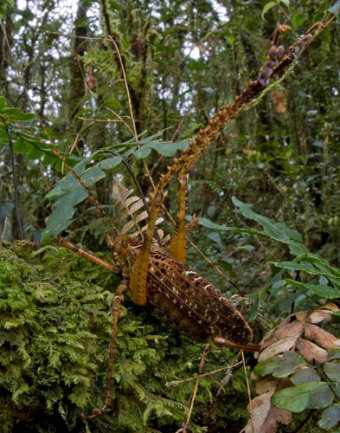 Here's a critter that knows how to defend itself. When threatened, this newly discovered katydid extends its hind legs straight into the air, and tries to jab any attacker with the spiny limbs.