Neonicotinoids Are Showing Up in Honey Samples Worldwide 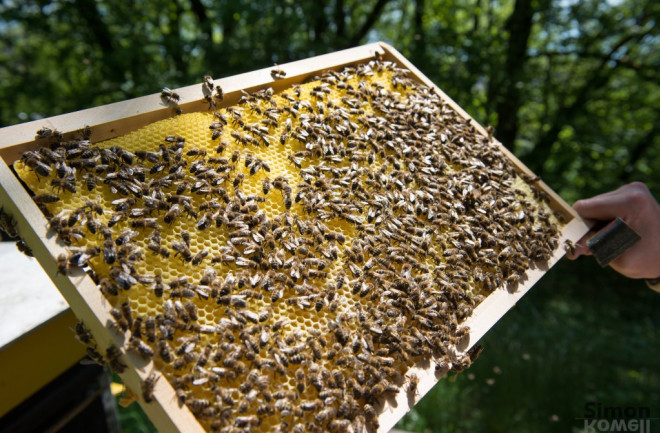 (Credit: Simon Rowell Photography) The bee population has it rough right now, and neonicotinoids are partially to blame. According to research, this class of insecticide is contributing to the population decline of bees, and even showing up in honey. These pest control chemicals, which are chemically similar to nicotine, can cause growth disorders, neurological and cognitive disorders, impact the efficiency of the immune system, and more in bees — even at low concentrations. On top of impacting invertebrates like bees, there are growing concerns that neonicotinoids can impact vertebrates, including humans. Since these harmful molecules are widely used in agriculture around the world, a group of researchers wanted to analyze bees’ exposure to them around the world. This information could help governments worldwide weigh the risks and benefits of using neonicotinoids and help scientists trace their path into the honey we consume.

From 2012 to 2016, citizen scientists gathered 198 honey samples from local producers located on every continent, except Antarctica. Scientists then tested the samples for five commonly used neonicotinoids. According to a paper published Thursday in the journal Science, 75 percent of those honey samples were contaminated with at least one neonicotinoid. These levels are below the highest concentrations of pesticide residue allowed for food or feed by the European Union (EU), but could have dire consequences for the world’s declining bee population. Here’s what they found:

This study, led by Edward Mitchell of the University of Neuchâtel, shows pollinators the world over are exposed to neonicotinoids, with some concentrations high enough to be harmful to bees. “The fact that 45 perfect of our samples showed multiple contaminations is worrying and indicated that bee populations throughout the world are exposed to a cocktail of neonicotinoids,” the paper states. Alexandre Aebi, a scientist from University of Neuchâtel who took part in the study, says this research confirmed his team’s fears: that the majority of their samples were contaminated by at least one molecule. “I was also shocked to see that there is no region in the world that is not exposed to neonicotinoids.”

What Can You Do?

In 2013, the EU passed a two-year ban on these pesticides. Some countries are investigating the importance of using these pesticides, while France will soon be implementing a ban. “I strongly believe that given the impact these molecules have on honeybees and pollinators, governments should follow France’s example and ban these molecules,” says Abei. Shaken by these findings? You can purchase honey from producers who have refused to use neonicontinoids in production, or contact your local government representatives and encourage them to ban neonicotinoids. Love your honey? Since the contamination levels are below the EU recommendations, Abei believes people shouldn’t worry about eating honey. He adds, “If we stopped eating food that contains traces of pesticides, I am afraid not much will be left on our dining tables.”