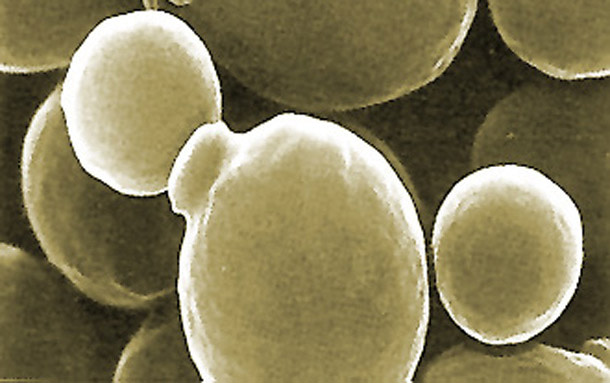 Most life on this planet goes about their business as single cells. Only rarely do these singletons unite in cooperative societies, creating bigger and more complex living things, from trees to humans. This transition from single-celled to ‘multicellular’ life is one of the most important transitions in the evolution of life on Earth and it has happened many times over. There are two main routes to a multicellular life. Single cells can merge together, and some modern species recap how this might have happened. Individual slime moulds join to form mobile slugs, while myxobacteria can merge into predatory swarms. Alternatively, cells can multiply but remain attached, staying united in their division. The choanoflagellates, possibly the closest living relatives of animals, can do this, creating simple colonies from single cells. So we have a reasonable, if basic, understanding of how multicellular creatures first evolved. But we’re still largely in the dark about why. What benefit did cells gain from sticking together, rather than swimming solo? John Koschwanez from Harvard University thinks he has one answer: by sticking together, clumps of cells became better at foraging for nutrients. The multicellular life was a well-fed one. Koschwanez worked with the yeast, Saccharomyces cerevisiase, a darling of bakers, brewers and geneticists alike. S.cerevisiae usually lives as a single cell. It feeds by slobbering digestive enzymes into its environment and absorbing the liberated nutrients. For example, it secretes an enzyme called invertase that breaks the sugar sucrose in half, forming glucose and fructose. It then absorbs these smaller sugars. Enzymes like invertase are public goods – they are the yeast’s equivalent of taxes or public services. Because they are secreted into the wider environment, any cell can absorb the glucose produced by another’s enzymes. All nearby cells can reap the benefits of an individual’s contributions. And Koschwanez found that they are better at reaping those benefits as a group. If sucrose is the only carbohydrate around, and there’s not much of it, single yeast cells cannot grow. They secrete invertase and the enzyme does its job, but a lot of the resulting glucose and fructose diffuses away before the yeast can absorb it. Unable to soak up the fruits of its labours, the yeast starves. But a clump of yeast cells has no such problems. Each cell can absorb the sugars that its neighbours produced, but failed to capture. Almost all lab strains of S.cerevisiae are single-celled but in the wild, many strains form clumps because they fail to properly break apart after they divide. This difference is governed by a single gene. By tweaking it, Koschwanez created a sociable clumpy strain in the lab. In both simulations and in real experiments, this strain was more efficient at breaking down sucrose than the same number of single cells, and could grow in lower concentrations of the sugar. Of course, not every cell in a clump pulls its weight. If an individual stops secreting invertase, it can still soak up the sugars that its neighbours produce, without making any effort itself. These “cheats” are fungal tax-dodgers – they live off social benefits that they do not contribute to themselves. Cheats are a problem for any society, but Koschwanez found that they fare worse among clumps than collections of individuals. The clumps absorb more nutrients if every individual secretes invertase, so clumps where all the cells contribute to the public goods will outcompete those that are rife with cheats. Indeed, Koschwanez found that cells that can’t produce invertase at all fare far better amidst groups of individuals than among clumps. Will Ratcliff, who also uses yeast to study multicellularity, says that Koschwanez's team have pulled "double duty". He says, "They show that clustering can solve a classic public goods dilemma in yeast and they demonstrate a plausible mechanism by which clustering, the first step in the evolution of multicellularity, can evolve.” By joining forces, cells could more effectively absorb dwindling food supplies from their environment, and guard against cheats. Those advantages could have given early multicellular pioneers an edge over their single-celled cousins. Antonis Rokas, who studies the origin of multicellularity at Vanderbilt University points out that yeasts evolved from fungal ancestors that were already multicellular. “The genetic makeup of yeast may contain some elements from its multicellular past,” he says. Nonetheless, Koschwanez’s work fits with studies in other social species. For example, way back in 1977, Martin Dworkin showed that the social bacteria Myxococcus xanthus feeds more efficiently as a pack than individually. “Several people in the past have made the argument that cooperation during feeding might be crucial for the evolution of multicellularity,” says Rokas, “but the molecular experiments in this study go way beyond anything that I had ever seen. They are a huge step forward.” Homayoun Bagheri from the University of Zurich agrees. “I think that it is an important and clever experiment. Studies that quantify the selective advantages of multicellularity are rather rare so this is a very welcome addition.” However, Ratcliff adds. "My one caveat is that the evolution of cellular clustering isn’t all that difficult.” Previous studies have shown that single cells evolve into clusters when they face predators with small mouths, or even low levels of oxygen. Indeed, since multicellular life evolved many times over in the planet’s history, different benefits could have spurred each transition. Koschwanez’s experiments just add another to the list. And clustering is but the first step to true multicellularity. Ratcliff says, “The tricky step is the shift in individuality from the single-cell to the cluster. The cluster must become the unit on which selection acts, and subsequent adaptations must occur in cluster-level traits. Until this shift has occurred, a cluster of cells is just a cluster of single celled organisms, not a simple multicellular organism.” Reference: Koschwanez, Foster and Murray. 2011. Sucrose Utilization in Budding Yeast as a Model for the Origin of Undifferentiated Multicellularity. PLoS Biology http://dx.doi.org/10.1371/journal.pbio.1001122Image by AJC1More on the evolution of complex life: