Momma Bear Will Give Birth to Cubs Live on the Internet 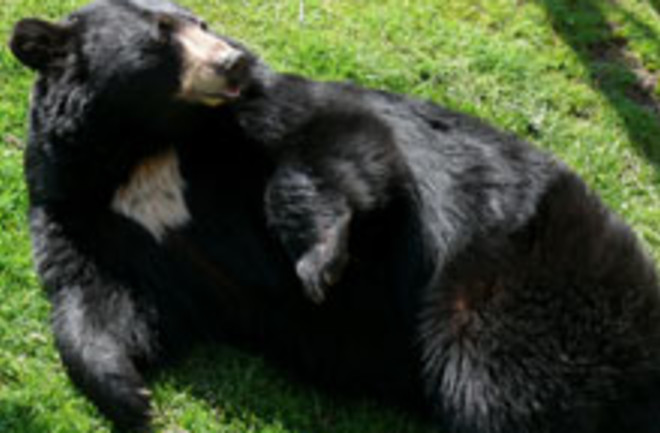 "The internet is not something you just dump something on. It's not a big truck. It's a series of tubes," former Republican Senator Ted Stevens explained back in 2006. And now, thanks to that series of tubes, you can watch a bear give birth. We don't know what Stevens would make of this, but here comes the bear-cam. The BBCreports that for the very first time, a webcam has been placed inside the den belonging to a pregnant wild black bear named Lily, and the "bear-cam" will stream live images to the web as she gives birth. The bear biologist tracking Lily hopes this live birth will help people overcome their fears and misconceptions about bears. The biologist, Lynn Rogers of the Wildlife Research Institute in northern Minnesota, told the BBC:

"We're putting it [the bear-cam] there because there is so much that we don't know about what bears do in dens and what behavior they have leading up to giving birth. And how they take care of the cubs."

Lily is three years old, and viewers who see the live birth may see the arrival of three cubs--that's the size of a regular bear litter. This may all seem like quite an invasion of privacy, however Lily is no stranger to the Internet. She's already a bit of a star on Facebook. Her "Lily The Black Bear

. So go forth, dear reader, and "friend" the bear. And don't forget to tune in to the live birth--when the cubs will greet their momma and the entire world all at once. Related Content: DISCOVER: Bear Fare