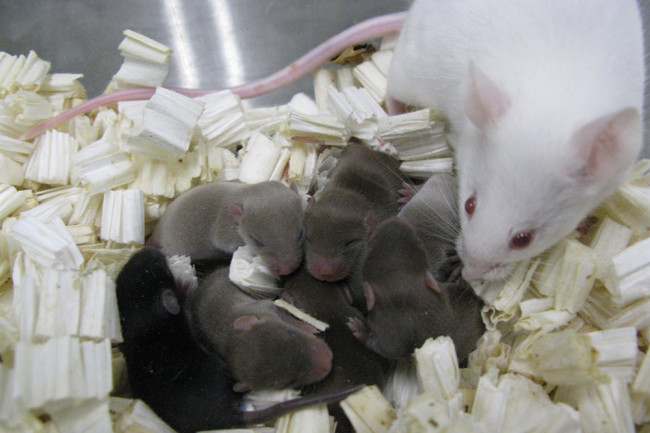 A mouse watches over healthy pups derived from freeze-dried sperm that flew aboard the International Space Station for 288 days. | Teruhiko Wakayama/PNAS/June 6, 2017 Vol. 114 No. 23

Before they were born, these mice were astronauts. Or rather, the sperm that made them were.

Japanese researchers shipped freeze-dried mouse sperm to the orbiting International Space Station and stored it there for nine months to find out how microgravity and cosmic radiation would affect mice born from the cells.

Upon touching back down to Earth, the rehydrated sperm were used to fertilize mouse eggs (which never left the ground). The resulting pups differed little from the purely Earth-based control mice.

The sperm did show signs of mutation, which could have harmed the mice, but cells at the beginning of gestation have a supercharged ability to make repairs, compensating for the damage.

The findings, reported in June in the Proceedings of the National Academy of Sciences, offer hope to future human space colonists who will not only need to live in space, but create new life there as well.