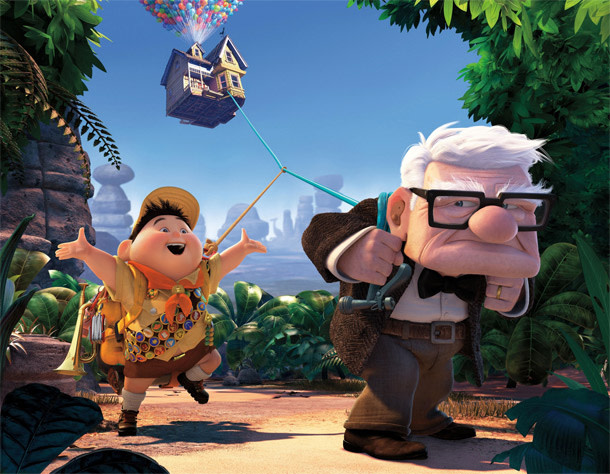 As we get older, our memories start to fail us. The symptoms of this decline are clear, from losing track of house keys to getting easily muddled and confused. Many of these problems stem from a failure of working memory – the ability to hold pieces of information in mind, block out distractions and stay focused on our goals. Now, a team of American scientists has discovered one of the reasons behind this decline, and a way of potentially reversing it. Our working memory depends on an area known as the prefrontal cortex or PFC, right at the front of the brain. The PFC contains a network of nerve cells called pyramidal neurons that are all connected to one another and constantly keep each other buzzing and excited – like a neural version of Twitter. This mutual stimulation is the key to our working memory. As we age, the buzz of the pyramidal neurons gets weaker, and information falls more readily from our mental grasp. But this decline isn’t the fault of the neurons themselves. By studying monkeys, Min Wang from the Yale University School of Medicine has found that the environment around the neurons also changes with age. And by restoring that environment to a more youthful state, he managed to ease some of the age-related decline in working memory. Wang worked with monkeys because they, like us, have highly developed PFCs. As they approach middle age, their working memories also start to weaken but, unlike humans, they don’t suffer from dementia. If an old monkey behaves in a different way, you can be reasonably certain that it’s down the normal ageing process, and not an undetected case of Alzheimer’s. Wang trained monkeys of different ages to remember the location of an on-screen target. The target would flash up briefly in a random location. After 2.5 seconds, the monkey had to flick its eyes to the place where the target appeared in order to earn a juicy reward. While they did this, Wang recorded the activity of the neurons in their PFCs. Several of these neurons only fired when the monkey saw the target, but others kept on firing during the 2.5 second delay before the monkey flicked its eyes. This is the sort of activity that’s typical of working memory – these “delay neurons” are constantly firing while the monkey keeps the position of the target in mind. The neurons even had a preferred direction – they fired strongly when the targets were in certain positions, and not at all when they appeared in the opposite place. As the monkeys approached middle or old age, Wang found that their delay neurons fired less strongly and became less sensitive to a particular direction (note the lower plateau for the blue lines in the images below). And as a result, they were less likely to earn their reward.

By comparison, the neurons that fired when the target initially appeared – the “cue cells” – fired just as strongly in old monkeys as in young ones. Even old animals responded to the appearance of the target; they just couldn’t keep it in mind. There are probably several reasons for the faltering delay neurons, but Wang focused on one in particular. As we get older, the neurons of our PFC become surrounded by higher levels of cAMP, a multipurpose molecule that carries signals around the body. This build-up is what weakens the pyramidal network. cAMP opens gates on the surface of neurons, releasing potassium ions and silencing the firing cells. By tweaking levels of cAMP, Wang found that he could exacerbate or thwart the decline of the ageing delay neurons. When he injected a drug called guanfacine, which blocks the effects of cAMP, the neurons perked back up to their youthful selves. When Wang used etazolate, a chemical that amplifies the effects of cAMP, he muted the delay neurons even further. This shows that the delay neurons of old monkeys don’t waver because of problems with the cells themselves. It’s the environment that matters. After Wang neutralised the growing amounts of cAMP, the neurons behaved like those of younger monkeys. That’s exciting, for it means that some of the memory problems of old age are potentially reversible. Is guanfacine the right drug for the job? It’s too early to say. It is already used to treat conditions that involve a lack of mental control, including attention-deficit hyperactivity disorder, Tourette’s syndrome and some of the behavioural problems associated with autism. “We have found that guanfacine improves self-control in young adults, which is also a prefrontal ability,” says Amy Arnsten, who led Wang’s new study. “It is currently being tested in people who want to quit smoking or other types of substance abuse, and appears to be having positive results.” There’s also some evidence that guanfacine can improve the working memory of old animals. On the back of such studies, it’s being tested in a clinical trial to see if it can improve working memory in old people. It’s scheduled to finish in a month’s time (August 2011), but that might be optimistic –Arnsten says that it is still recruiting participants. Christopher van Dyck, who is leading the trial, says, "The basic science speaks for itself, and we are very interested to see if this translates to humans. Prefrontal executive dysfunction has such a bearing on the lives of elderly people, and we currently have no established treatments for this problem." In the meantime, it is interesting enough to learn that we can (at least partially) change the brain’s environment into a more youthful state. The implications for reversing the memory problems of old age are obvious, especially in our rapidly ageing societies. “My hope is that it may be especially helpful for elderly caregivers dealing with the stress of caring for a spouse who is ill,” says Arnsten. But why does the brain’s environment change in the first place? The new study made me wonder if changing that environment would have unwanted side effects. Is there are reason why higher levels of cAMP start to build as we get older? Arnsten plans to find out. For the moment, she says, “It’s thought-provoking. There might have been a time in human history when that was true but in our current culture, I think it merely serves to isolate us and make us more dependent on others.” Reference: Wang, Gamo, Yang, Jin, Wang, Laubach, Mazer & Lee. 2011. Neuronal basis of age-related working memory decline. Nature http://dx.doi.org/10.1038/nature10243More on ageing: