Imagine reading the paper to find that a new wonder drug has been created that could save your life, if only you could afford it. Alternatively, put yourself in the shoes of the authorities that must decide not to offer powerful new drugs on the NHS because they simply aren't cost-effective enough. These situations are all too common-place and are often due to the extremely high costs of drug development. But a couple of years ago, scientists at Icon Genetics and Bayer Bioscience made an exciting step toward lowering these costs for some of the most promising new treatments. 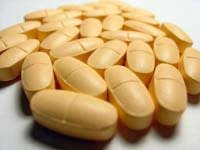 The treatments in question are called 'monoclonal antibodies' or 'MAbs', synthetic versions of the natural antibodies that our immune systems use to identify and neutralise infectious agents. MAbs are specially shaped to act like molecular gloves, sticking onto a target of choice and inactivating it by blocking interactions with other molecules.

The most famous member of this group, the breast cancer drug Herceptin, is one of a handful of currently available MAbs. But they are about to be joined by many more - over 150 MAbs are in development and the market for them is likely to exceed £10 billion.

But no matter how good these new biotechnological wunderkinds are, they will be worthless unless they reach the patients they are designed to benefit. And with the cost of treatment courses exceeding tens of thousands of pounds, that is looking unlikely. Every stage of the manufacturing process from raw materials to equipment is exorbitantly expensive and drives the inflated prices of the end product. As such, only better, cheaper and more effective production methods will enable scientists to fully realise the potential of these designer molecules. A new technique called 'magnifection' could be just such a method.

Currently, all MAbs are grown using mammalian cells and over the past twenty years, a variety of other hosts from insects to bacteria to yeast have been considered as replacements in the search for efficiency. But all these choices have crippling flaws, with the most significant being massively lengthened development times.

Plants, one of the many possible host options, are no exception to this. While mammalian cells take at most a year to produce a gram of antibodies, plants require at least two. Combined with complex genetics, long life-spans, the need for land and the threat of contaminating wild stocks, plants seem to be a dead end as far as antibodies go. But Anatoli Giritch and colleagues have revived their potential in spectacular fashion.

Their technique, called 'magnifection' uses infectious agents like bacteria and viruses to carry the instructions for making antibodies throughout the plant's cells, hidden under multiple layers of encryption. Each antibody is a combination of different molecules, and the recipes for making these separate components are encoded in two different viruses - one that usually infects tobacco and another that targets potatoes. Each virus is then split into different segments and loaded into a type of bacteria called Agrobacterium.

Once Agrobacterium infects the plant, it spreads rapidly and eventually reaches about 95% of its leaf cells. The addition of a specific enzyme then acts as a trigger, causing the bacteria to begin assembling viruses. These spread locally across neighbouring cells and begin churning out antibody components, turning the plant into a monoclonal antibody factory.

The result is MAb production on a scale completely unheard of. It took this system just two to three weeks to churn out a gram of antibodies, utterly smashing the current record of 6 months. And each kilogram of host leaves were yielding 10-100 times more raw product than any other production system.

The key to magnifection's success lies in the choice of viruses. While many virus combinations compete with each other for a host's resources, the tobacco mosaic virus and potato virus X seem to co-exist harmoniously. Giritch et al. believe that they use different host proteins to replicate themselves and so never draw upon the same pool of resources.

The duo are now trying to tweak the magnifection protocol to achieve even better results. They will consider different virus combinations and will try to add chaperone molecules that help antibody components to combine with greater efficiency. Regardless of any further improvements, the implications for magnifection are tremendous. The technique is rapid, versatile and can be easily scaled-up. The result will be more drugs at lower prices leading, hopefully, to a better deal for patients.

Magnifection is particularly suited to situations where we might need to manufacture vast quantities of antibodies or other complex molecules in a short amount of time. A viral pandemic, or a biological terror attack, are just two examples of such emergencies.