Lucy's Species May Have Used Stone Tools 3.4 Million Years Ago 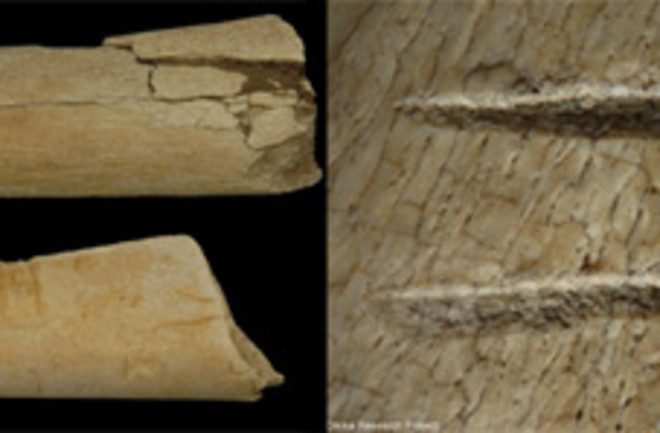 Was Lucy a tool user and a meat eater? Quite possibly, argues a new study in Nature. Archaeologist Shannon McPherron turned up animal bones at an Ethiopian site that he says show markings of stone tool cutting dating back nearly 3.4 million years. That would be a big jump in the record: Right now the oldest known evidence of tool use among our ancestral species dates back about 2.6 million years. McPherron's date falls in the time of Australopithecus afarensis, the species to which the famous Lucy find belongs. But thus far he's found only the markings on bones—not the tools themselves. Perhaps not surprisingly, though, at least one scientist behind the 2.6 million-year-old find says the new study is not convincing evidence that tool use dates back all the way to 3.4 million years ago. For plenty more about the find—and the differing opinions—check out DISCOVER blogger Ed Yong's post. Related Content: Not Exactly Rocket Science: Human Ancestors Carved Meat with Stone Tools Almost a Million Years Earlier Than Expected 80beats: Lucy's New Relative, "Big Man," May Push Back the Origin of Walking DISCOVER: How Loyal Was Lucy?Image: Dikika Research Project