Look at This: More Than 100 Dog Teeth in a Stone-Age Grave 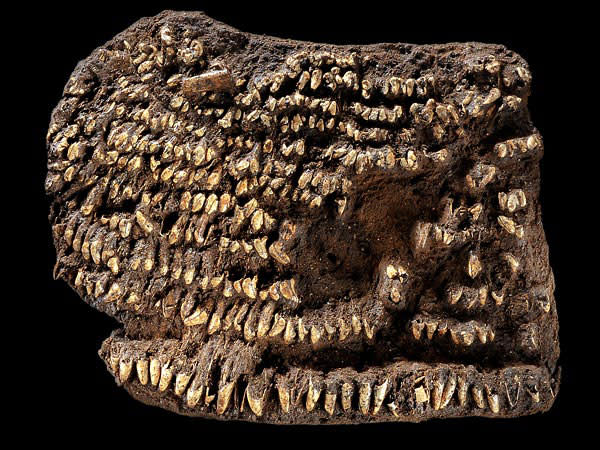 Archaeologists working near Leipzig, Germany, have unearthed a surprisingly arrangement of more than 100 dog's teeth in a grave between 4,200 and 4,500 years old. The way the teeth are arrayed suggests that they might have been sewn as decoration onto a piece of leather or textile which has since decayed, prompting the team who found it to call in the remnants of a purse

. Taking a closer look has revealed that the teeth come from dozens of different dogs. The team has already found hundreds of graves at the site, as well as artifacts like an amber necklace, bone buttons, stone tools, and, in one later grave, a pound of gold jewelry. Unfortunately, they have just a few years left to learn what they can from the place: it's due to become a coal mine in 2015. [via National Geographic