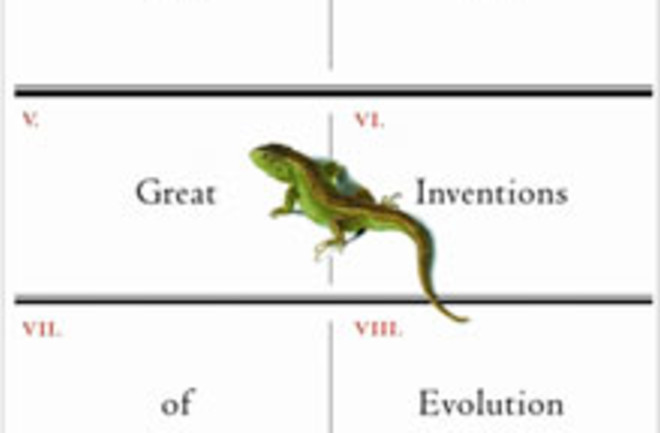 Nick Lane's book Life Ascending: The Ten Great Inventions of Evolution has just won the Royal Society's science book prize. The book chronicles the history of life on Earth through ten of evolution's greatest achievements, from the origins of life itself to sex, eyes, and DNA. The judges said that the ease with which Lane communicates these complex scientific ideas is what makes the book shine.

"Life Ascending is a beautifully written and elegantly structured book that was a favourite with all of the judges. Nick Lane hasn't been afraid to challenge us with some tough science, explaining it in such a way that we feel like scientists ourselves, unfolding the mysteries of life," said Maggie Philbin, chair of the judges. [The Guardian]

Instead of dumbing down the science, Lane's words build the reader up to an understanding of evolution's work.

Lane is a superb communicator. He knows exactly how much technical detail is required to provide satisfying explanations for the evolution of the genetic code, photosynthesis, complex cells, muscles and eyes, and his enthusiasm is catching. [The Guardian's book review]

Lane, a biochemist himself at University College London, believes in what he writes about. He studies and formulates hypotheses about the evolution of life

for his job, and loves to communicate these ideas.

“Writing is my way to understand the world. I tried to get across the boundary between what we know and what we don’t know,” Lane explained. “It’s a thrilling tapestry that writing can take you across – you can ask any question you want, but there’s responsibility that goes with that.” [Nature]

Alas, this may be the last year of the prestigious book prize. It lost its sponsor, pharmaceutical company Aventis, in 2007, and has run out of funds. Related content: Not Exactly Rocket Science: The origin of complex life – it was all about energy

Not Exactly Rocket Science: A possible icy start for life

The Loom: Microcosm On the Longlist for Royal Society Science Book Prize (Along With A Dozen Great Books)

The Intersection: Everyday Practice of Science