Kings Who Controlled the Sun 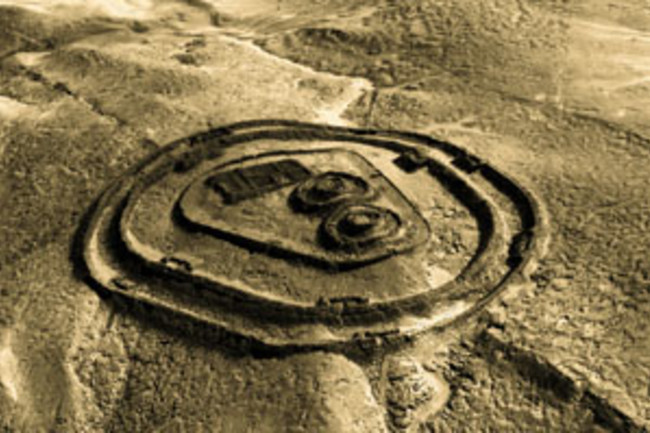 For the last hundred years, travelers and explorers in Peru have puzzled over Chankillo, an ancient monument built on a remote desert hilltop 250 miles north of Lima. Dating from about 300 B.C., the ruins—three concentric stone walls that circle a fortress complex and 13 towers on a nearby hill—most likely were built by the Chavin, a pre-Incan civilization of llama tamers, farmers, and traders. Was the well-preserved complex used for military defense, religious ceremonies, or as a gathering place for the wealthy?

By noting the alignment of the towers and their orientation to the sun’s location at sunrise and sunset, Catholic University of Peru archaeologist Ivan Ghezzi has finally solved the mystery: Together, the ruins form the oldest solar observatory in the Americas, he says. From a temple passageway, pre-Peruvians could watch the sun rise beyond the stone towers, which ranged from 6 to 20 feet in height and were spaced precisely to calibrate seasons, weeks, and days according to the changing position of the sun throughout the year.

Such an observatory would have been an indispensable asset for an agricultural community, but the structure was probably more significant as a political tool than as a farmers’ almanac. The Chavin’s ruling class, recognizing that knowledge is power, most likely built the towers to demonstrate their understanding of the sun’s behavior, Ghezzi concludes. By controlling these stone calendars, they appeared to control the sun itself—and thus maintained their power. “If keeping track of time had been the only concern, it could have been done in much simpler ways,” Ghezzi says. “Astronomy and the knowledge that comes with it—the ability to predict the movements of the sun—are things that can have political purposes.” Moreover, the observatory bears a striking resemblance to similar Andean structures still in use nearly 1,800 years later, suggesting that by the time the Incas inhabited this region of Peru, solar astronomy—and its political ramifications—were already ancient knowledge.