Killer Flu, The Game (And A Cool One At That) 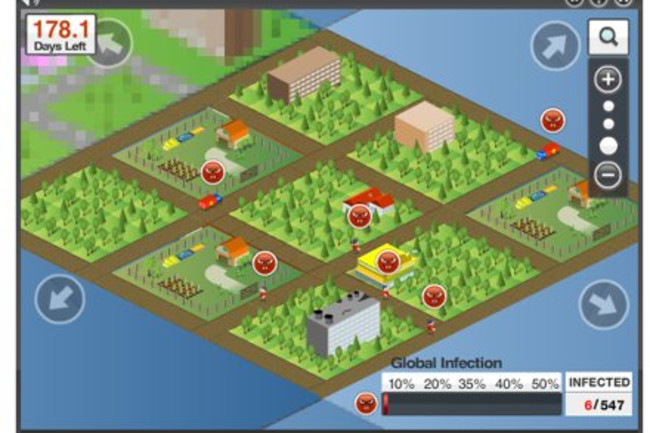 I've just discovered an online game called Killer Flu, presented by the UK Clinical Virology Network. I've been fairly leery of video games that try to present science in the past, because they either skimp on the science or skimp on the game. Killer Flu seems, on first inspection, to get fairly close to the happy medium. You have to get a flu outbreak going in three months by infecting as many people as you can. There are lots of challenges, such as tough immune systems, and special tricks, such as infecting people who are likely to infect lots of other people. The game is bogged down by a few big blocks of text that pop up to explain how the flu virus spreads--something that a few paragraph breaks or separate windows could take care of easily. But those drawbacks are more than compensated by the elegant, SimCity like interface. I'm curious what living, breathing virologists and epidemiologists think of it. All I know is that I am going to try to avoid this web site, because I have a lot of work to do today. And for me, that's as high a compliment as I can pay to a game.