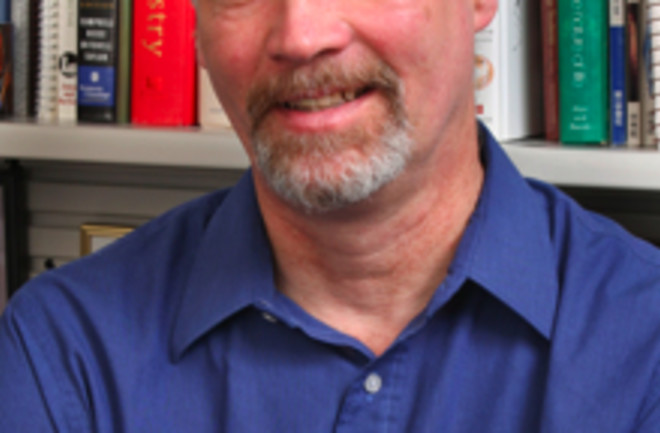 Here's the third of Ken Miller's three guest posts on blood clotting, evolution, and intelligent design. (In case you missed them, here are the first and second posts.)

If you’ve had the patience to follow Part 1 and Part 2 of my replies to Casey Luskin’s postings on the blood-clotting cascade, you might be wondering why he’s gone to such trouble to beat a horse (Kitzmiller v. Dover) that left the barn more than three years ago (when that decision was filed). Quite frankly, I wondered a bit about that, too. Now he’s revealed his hand in Part 3 of the series. It’s now apparent that his employers at the Discovery Institute are kicking off a attempt to show that Judge John E. Jones III got it wrong, and the Dover case was wrongly decided. What Casey is doing is laying down an artillery barrage designed to soften up the strongest part of the defenses against ID — its record of failure in the Dover trial. Why is this necessary? Why bother re-trying a case that Luskin’s colleagues have already lost? Because the Dover decision remains an open, and potentially fatal wound to the ID movement. If ID surrogates in Louisiana, Texas, and other states are to argue that evolution is a controversial idea with serious scientific flaws, they’ve got a problem. They know that the parents and educators backing genuine science education for American students will pick up the Dover decision and cite chapter and verse from its ringing indictment of everything that Casey and the Discover Institute stand for. They also know that state legislators and school board members will consider the legal troubles that beset Dover and decide to pass on Discovery’s persistent offers to guide them along the path of undermining evolution. In short, if Kitzmiller v. Dover stands, they’re done for. But they can’t appeal the case — only the Dover School Board could have done that. Unfortunately for the Discovery Institute, it lost that opportunity in November of 2005, when the voters of Dover threw out their pro-ID Board and replaced it with one entirely happy with the decision that Judge Jones rendered six weeks later. So, they’ve got only one recourse — to produce a revisionist narrative showing that the decision was flawed. Clearly they hope that their surrogates will then be able to pick up that narrative and use it to counter the scientific and legal disaster that was Kitzmiller v. Dover. What Casey Luskin has done in Parts 1 and 2 of his revisionist history is to argue: 1) That I supposedly misled the court in my testimony about the “irreducible complexity” of the blood-clotting system by incorrectly characterizing the position of ID scientist Michael Behe. 2) That my testimony about missing parts of the blood-clotting system was supposedly irrelevant, since I hadn’t done any experiments to show that the system would work despite the absence of several parts in some organisms. And, now, what he’s argued in Part 3 is that as a result of points (1) and (2), Kitzmiller v. Dover was a case wrongly decided on the basis of bogus scientific testimony. That means, according to Mr. Luskin, that it should not be used against the ID movement. And, just for good measure, he complains that key parts of Jones’ decision were “copied” from statements provided by the plaintiffs. As I showed in earlier responses to Luskin’s revisionist history of the Dover trial, his narrative is wrong on each and every count. • First, I didn’t mislead anyone when I testified about the blood-clotting system on the opening days of the Dover trial. In fact, it’s Mr. Luskin who is trying to mislead his readers today by misrepresenting Michael Behe’s very clear written claims about the irreducible complexity of the system. Behe made that claim very clearly in his portion of the ID textbook Of Pandas and People, and he did it again on page 87 of Darwin’s Black Box where he stated:

“Since each step necessarily requires several parts, not only is the entire blood-clotting system irreducibly complex, but so is each step in the pathway.”

• Second, Luskin’s willingness to misread Behe is then followed by an even more brazen attempt to misrepresent, “irreducible complexity,” ID’s own argument against evolution. The one strength of that argument is that it makes a testable prediction, namely, that the individual parts of an irreducibly complex biochemical system should have no function until all of those parts are assembled together. The difficulty, which Luskin has worked mightily to obscure, is that “irreducible complexity” fails that test at every turn. So he pretends that the existence of fully-functional clotting systems that are missing as many as five parts of the “irreducibly complex” system is no big deal. It is, in fact, a very, very big deal — because it shows that his argument, the claim of “design,” and his revisionist account of the Dover trial are all dead wrong. • What all of this means is very clear. The case that Luskin has attempted to make against the Kitzmiller decision is rotten from the ground up. The testimony I presented in court was accurate, the scientific case for the evolution of the blood clotting system is getting stronger every day, and his plea to ignore the facts case is an act of desperation from a side unable either to do scientific research or to assemble a coherent legal argument. The only relevant question at this point is why the Discovery Institute keeps highlighting its own failings in this way. Why are Casey and his employers now — three years after the Dover trial — trying to rehabilitate the tattered credibility of both Michael Behe and Pandas? What mischief are they planning now? The only conclusion I can draw is that they must be maneuvering for the next round of state board hearings or legislative sessions — and I’m concerned. These folks are a whole lot better at politics and public relations than they are at science, and that means that everyone who cares about science education should be on guard.