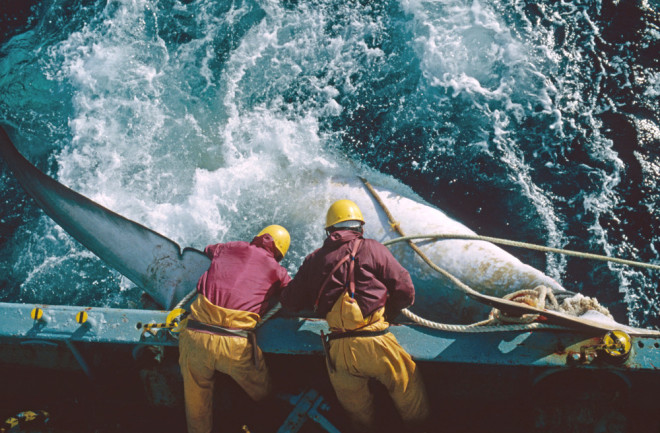 This 1993 photo of a crew tying up minke whales during a Japanese “research” expedition helped spark a global outcry and court action. | Mark Votier/Hulton Archive/Getty Images

Critics have long argued that Japan’s “scientific research” whaling was commercial hunting cloaked in a lab coat. In March, the United Nation’s International Court of Justice agreed: It ordered Japan to halt its annual hunt off Antarctica. But the ruling may be only a temporary setback for the Land of the Rising Sun.

The International Whaling Commission imposed a moratorium on commercial whaling in 1986, but it allowed the killing of some whales for scientific research. Since then, Japanese harpooners have caught 10,710 Antarctic minke whales in the Southern Ocean around Antarctica, a whale sanctuary. Japan claimed the kills were necessary to study recovering populations, but the court said they were excessive.

Japan isn’t likely to put away its harpoons, though. Japanese officials say they plan to redesign their research program to align with the commission’s rules.

“I would bet the farm that whaling will continue in the future much as it has, albeit with some flimsy window dressing to make it look like they’re complying with the spirit of the ruling,” says whale researcher Phillip Clapham of the National Marine Mammal Laboratory.

If Japan — the only nation using the loophole — submits an acceptable proposal to the commission, the country could resume the practice as soon as November 2016.