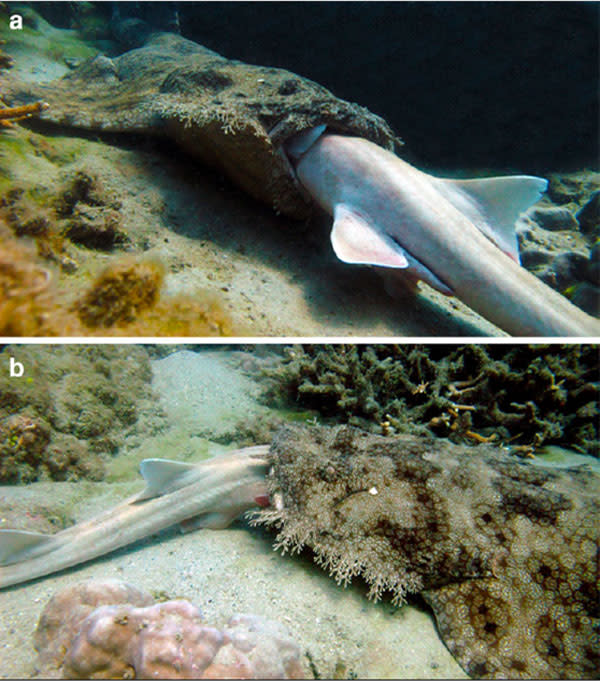 Om nom nom...oh, you caught me in the middle of dinner!

While conducting a survey of fish in an area of the Great Barrier Reef, scientists stumbled upon this little tableau

: a tasselled wobbegong, or "carpet shark

," in the midst of devouring a brown-banded bamboo shark. (Either that, or they're just sharing a very intense kiss.) The carpet shark, which hides in the sand and springs out at its prey, has never been photographed eating another shark before, though scientists could tell from poking around in their stomach contents that their distant cousins were sometimes on the menu. Carpet sharks seem to be slow eaters, though: the team hung around for a full 30 minutes to see if it would suck in more of the bamboo shark, but to no avail. Maybe it just has stage fright.

Images courtesy of Tom Mannering and the journal Coral Reefs