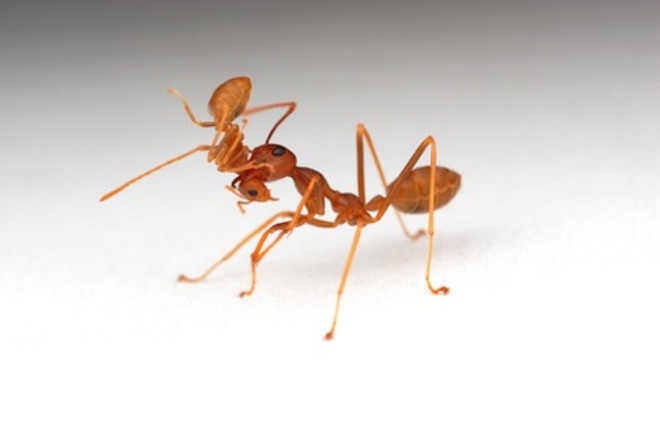 Last summer I wrote in the New York Times about a controversy over one of the most influential concepts in the recent history of evolutionary biology. Known as inclusive fitness, it basically says that helping relatives can be a good way to pass on your genes, because they've got your genes too. In August, Nature published a lengthy paper by Martin Nowak, E.O. Wilson, and Corina E. Tarnita in which they argued that inclusive fitness was mathematically flawed and basically superfluous. I had no trouble finding other scientists who were ready to say all sorts of scathing things about Nowak et al. I'm no fan of ginning up fake debates, but when somebody says, “This paper, far from showing shortcomings in inclusive fitness theory, shows the shortcomings of the authors,” the story writes itself. Seven months later, Nature has finally published some "Brief Communication Arising" letters from some of these critics. The first letter alone has 137 co-signers. Their ranks include plenty of major players in the field of evolution (including John Alcock, Tim Clutton-Brock, Stephen Emlen, Paul Sherman, Mary-Jane West Eberhard, and Richard Wrangham). The tenor of the letters is more dignified than the comments I got for my story, but the message is unchanged:

We believe that their arguments are based upon a misunderstanding of evolutionary theory and a misrepresentation of the empirical literature.

The authors of the first letter argue that Nowak et al don't get inclusive fitness. They claim it needs lots of stringent assumptions, when, in fact, it's a general theory. They also challenge the idea that inclusive fitness doesn't provide any more insights into biology. They offer a list of such insights, such as why animals cooperate with each other, why they can act spitefully, and why mothers produce different ratios of males and females. Inclusive fitness has proven particularly useful for addressing last question--what's known as sex allocation. It explains how the ratio of males to females changes with the density of females, the mortality rate, and many other factors--and it does so for species as varied as mammals, birds, spiders, and plants. Nowak et al respond to all the criticism and don't budge in their own stand. They claim that their critics have misinterpreted their own argument. And they claim that sex allocation does not require inclusive fitness. Oddly, though, they never explain why it doesn't, despite the thousands of papers that have been published on inclusive fitness and sex allocation. They don't even cite a paper that explains why. They conclude by writing,