In Search of King Arthur's Roots 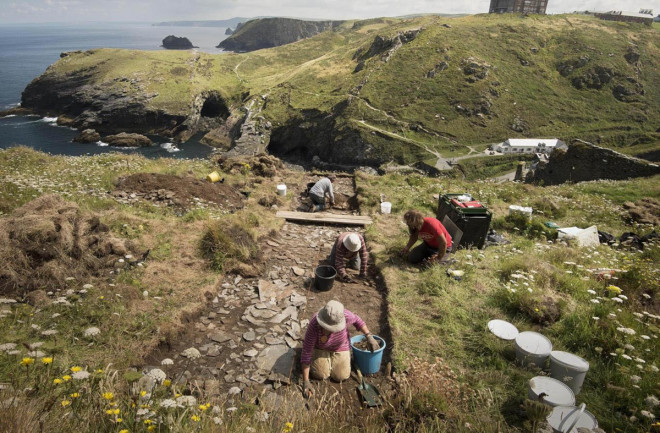 Excavators at the Tintagel Castle site in England found remains of what could be a royal palace. Relics like Phoenician pottery helped researchers date the structure to Arthurian times. | Emily Whitfield-Wicks/English Heritage

Archaeologists struck pay dirt in July at the start of a five-year excavation at Tintagel Castle on England’s southwest coast. The site, dominated by a medieval castle, has long been claimed as the spot of legendary King Arthur’s conception. No fabled round table here, though. Instead, researchers found what may be a royal palace probably from the fifth or sixth century — when Arthur enthusiasts believe the mythic ruler lived, which has fueled new speculation. Just don’t ask the properties curator responsible for the Tintagel project, Win Scutt, about the link, which media have embraced. “If they’ve got to hang it on Arthur, OK, but we’re not trying to associate it with Arthur. That would be dodgy archaeology,” Scutt says.