#IAmAScientistBecause I get to do this: 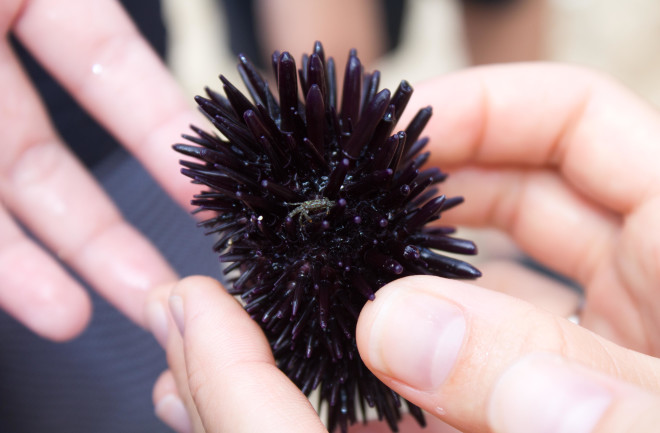 Over the past few days, scientists around the globe have taken to Twitter with the hashtag #IAmAScientistBecause, giving their reasons for why they chose to become scientists. As far as scientist origin stories go, mine is not entirely uncommon. I wrote it years ago, back in 2009 when I was about to embark upon my PhD at the University of Hawaii — a degree which I completed last December. For me, science has always been about the natural world, especially the ocean.

I was a biologist when I was five – not that I knew this until much later. I loved animals of all kinds, and couldn’t get enough of museums and zoos. I also fell in love with the sea. I loved tide pools and whatever creatures I could find in them.

So it just seemed so fitting to me that #IAmAScientistBecause happens to be blowing up this week of all weeks. This week happens to be one of the busiest weeks of the year for me, but it’s a week that perfectly encapsulates why I love being a scientist: I just spent the past two days sharing my lifelong passion for tide pools with the students of Mililani-Mauka Elementary.

Every year, helping out with the Tide Walks is the highlight of my spring. I am a scientist because of tide pools, because of field trips when I was a kid just like the ones I now help with annually. I explained the annual Tide Walks a few years ago like this:

The partnership between EECB and Mililani-Mauka Elementary school is one of those rare gems in outreach where both sides get a tremendous amount out of the relationship. The school gets trained scientific experts that fascinate and amaze the kids with tales of slimy defenses and odd partnerships between crabs and anemones. In turn, the graduate students get to take a day off, get out of the lab, and act like kids playing in tide pools. Sometimes, I think the overworked grad students are more excited to catch critters than the kids!

Here is just a few photos from this week that explain why I love this job so much:

You never know what you'll find in the tide pools!

The closer you look, the more you find.

But the best part is getting up close and personal with the organisms!

I often think the grad students have more fun than the kids!

Just look at that smile :)

Even non-touchables can be used to teach a lot about the ocean and its inhabitants.

Who doesn't love playing with slime? These kids had a sea hare to thank for this purple slime that at first made them a little, uh, apprehensive.

Before long, though, everyone loves the slime as much as I do!

But in case that wasn’t enough of an awesome week to explain why I’m a scientist, there’s more in store for me: I’m spending the rest of this week as an organizer and judge of the 40th annual Albert L. Tester Symposium, which means I get to learn about all of the amazing science that University of Hawaii graduate students are conducting. I couldn’t be more excited to see what my friends and colleagues have been up to! I hope you’ll join us on Twitter with the hashtag #TesterUH.