I Can See What You've Seen

Researchers had macaques look at faces, while recording electrical activity from 205 of the monkey's neurons. Scientists then used that data to reconstruct those faces. 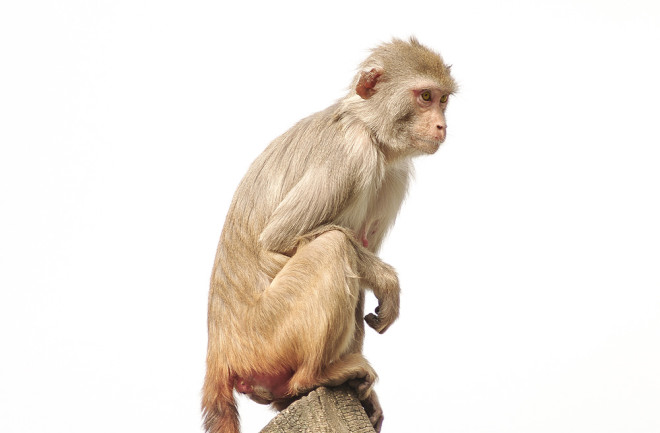 Back in the 19th century, a French criminologist named Alphonse Bertillon invented a technique for recognizing repeat offenders by precisely measuring convicts’ facial features. Fingerprinting eventually supplanted his system, but new research done on macaques shows primate brains can naturally keep track of faces thanks to a kind of bertillonage.

The discovery, reported in June in Cell, completely breaks with the standard model of facial recognition, which claims each face you recognize is represented by a single neuron (one cell firing when you see your grandmother, another when you see Jennifer Aniston). Instead, Caltech neuroscientist Doris Tsao showed that individual primate neurons respond to specific facial qualities, such as bone shape and skin color.

Inserting electrodes into the brains of two macaques, Tsao worked out which aspects of a face were mapped onto each neuron. Then she validated her findings by showing the macaques additional faces, and accurately reconstructing what they’d seen using only neural recordings.

Tsao predicts that, with advances in human brain-monitoring technology, “the ability to decode faces by neuronal activity can be used in forensics, such as reading out a criminal’s face from a witness’ mind.” Are you watching, Monsieur Bertillon?

More From Discover
Mind
How Does Alzheimer's Disease Lead to Death?
Technology
What Is a Social Media Cleanse?
Mind
Calming Kids With Electronics May Affect Emotion Regulation Skills
Mind
Can Playing Video Games Make You Smarter?
Health
Why Do Some People Live So Long?
Mind
What Is Emotional Blunting, and Do Antidepressants Cause It?
Recommendations From Our Store
My Science ShopDiscover STEM Kits
My Science ShopDiscover 2022 Calendar
My Science ShopStrange Science
My Science ShopElements Flashcards
Shop Now
Stay Curious
Join
Our List