How the Flashy Disco Clam Lights Up the Sea 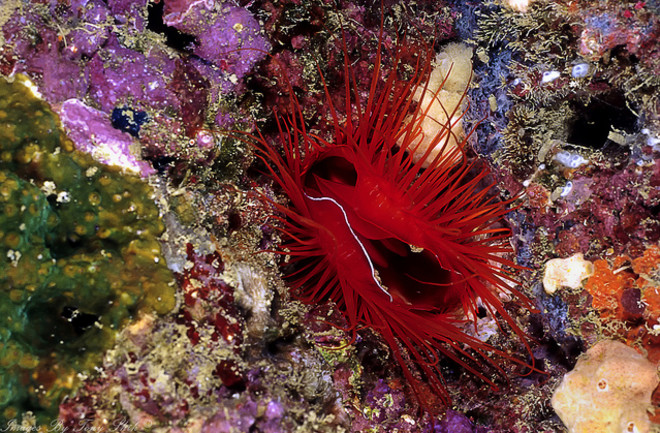 The only known species of bivalve capable of performing a flashy light show with its lips is the appropriately named disco clam. But the secret to the clam’s vivid display has, until now, eluded scientists.

Using five imaging techniques, researchers solved the mystery behind the disco clam’s pageantry: microscopic spheres of silica found in the edges of its mantle fold. You could say the disco clam lights up the sea with its own set of disco balls.

Prior to this most recent discovery, other scientists confused the disco clam’s glitz with bioluminescence, or the production of light by a living organism. However, upon closer examination, a team of scientists from the United States and Australia now knows the disco clam simply reflects light rather than produces it.

The research team studied disco clams in the laboratory as well as in their natural habitats in Australia and Indonesia. They used high-speed video, electron microscopy, X-ray spectroscopy, spectrometry and optical modeling to examine the disco clam’s flashing mantle lip through tissue samples and real-time footage.

When researchers examined electron microscopy images of the disco clam’s mantle fold, they discovered one side was packed with clusters of microscopic spheres made of silica — the same mineral found in quartz. The spheres are the perfect size and shape to reflect light that filters through the sea. Since the sphere clusters are only located on one side, the disco clam “flashes” by quickly furling and unfurling its mantle fold — alternating between the side with reflectors and the side without.

Although researchers know how the disco clam flashers work, they aren’t really sure why the creatures do it. When researchers moved an object closer to a disco clam, its flashing rate nearly doubled, leading them to surmise that the blinking is a way to ward of predators, they report in the Journal of the Royal Society Interface.

Now, that you know the mystery of the disco clam’s light show, it's time to enjoy it yourself. Turn on your favorite Donna Summer jam and check out this video: